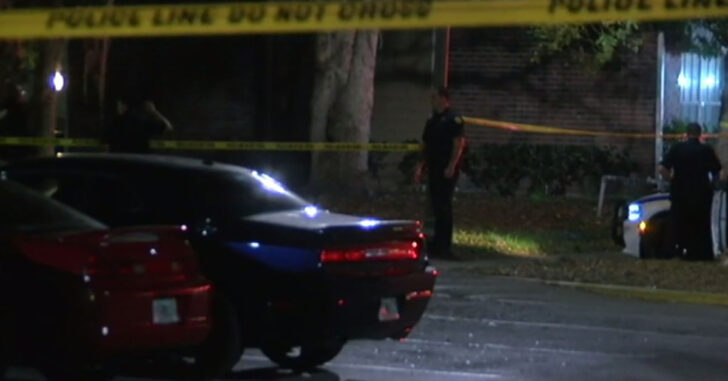 ORLANDO, FL — Although it is always advantageous to carry a firearm at home for the defense of your loved ones, carrying one will not always guarantee an even playing field.

That is exactly what happened to one Orlando, Florida resident when he was faced with an entire group of armed robbers planning to do Heaven-knows-what as they barged into his home at three in the morning, according to WFTV.

Although multiple attackers moving into a residence in tandem is story-worthy all by itself, there’s another interesting point that’s brought up here — as local police report, it seems as though multiple people in the home fired back at the would-be robbers.

“Shots were fired between the suspects and the victims,” Orlando police Lt. Daniel Brady said according to WFTV.

Guns may not always be the perfect equalizer, but guns and backup sure helps a lot.

“One of the suspects was critically wounded and none of the victims were injured.”

The wounded intruder was taken to the hospital, and the other intruders are believed to have escaped in a silver Volkswagen.

With a little luck, the wounded suspect will survive to live another day and give his accomplices over to the fine men and women of Orlando law enforcement.

Make sure your cohabitants know how to handle firearms, folks — it could be a game-changer one day.

Previous article: [VIDEO] Colion Noir's Road Rage Encounter Next article: Father Shoots At Suspects After They Forced His Kids To The Floor