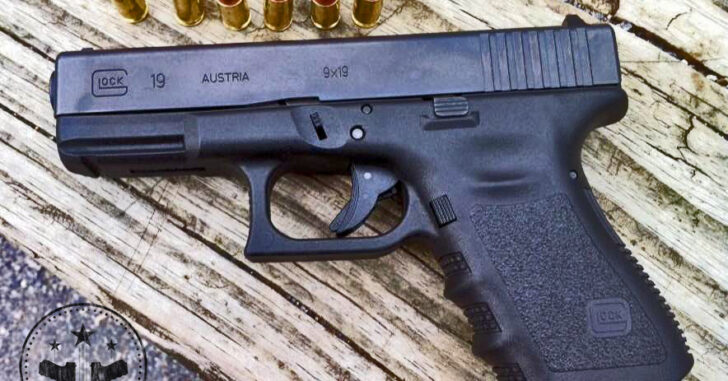 The nine millimeter round has become synonymous with self-defense handguns due to its versatility and combat viability. The only issue has been the ephemeral “stopping power” — the capacity for a combatant to be neutralized after being struck with its rounds. Now, we’ve discussed how stopping power has more to do with precision and accuracy than it does the size of the round, but when a self-defense situation arises, no one wants to mess around with wondering how many rounds it will take to stop an attacker.

The three most common types of 9mm available are:

Now, there is a 9x20mm Browning Long but that’s not commonly used in modern firearms.

All three have more than lethal capacity. A big complaint usually aired by those who look down on the 9mm cartridge family is that it’s much too light to really create much of an impact versus a .40 S&W or even a .45 ACP round. They’re not completely wrong. However, the 9mm cartridges are known for their ease of use. A much lighter recoil and smaller size makes it an ideal choice for small framed concealed carry pistols. The .380 ACP is an excellent example of a round that was widely used in first and second generation concealed carry pistols because manufacturers could fit more in a magazine.

If you take a Glock 36, for instance, which is chambered in .45 ACP, it only holds about 6 rounds. That’s good enough for an emergency situation but it’s not something that would last very long in a firefight. Compare that to a Bersa Thunder .380 ACP which holds a standard 8 rounds and can hold up to 15 rounds in extended magazine versions. One is a lot easier to conceal and has many more opportunities to strike a critical hit on an adversary and the other depends on getting a neutralizing hit in the first six rounds.

Granted, with a .45 ACP it’s relatively difficult to strike anything center mass and not make a deep impact whereas ballistic gel tests for a .380 ACP full metal jacket usually yield high penetration with a much smaller wound channel.

But here’s the catch: that’s using a full metal jacket.

We live in a world full of options and one of those options is using a highly specialized self-defense round. Frangible rounds designed to break apart upon impact or center pin hollow points designed to blow out like a mushroom once inside an opponent, self-defense rounds bring a staggering amount of damage to even smaller cartridge sizes. Do some market research for yourself and find a round that expands or breaks apart once it impacts soft tissue. This is a surefire way to keep you satisfied that if your round hits target, that assailant will be neutralized in short order.

The same goes for 9x19mm Parabellum. In order to make good use of that round, you’ll best be served by experimenting with self-defense rounds that have a high velocity and the capacity to break apart or mushroom out once they’re driven into the body.

If you give each bullet its very best chance to do devastating damage to an assailant, you’ll be able to appreciate the light recoil, higher magazine capacity that’s a feature of some very concealable handguns.

Previous article: Caught On Camera: Popular Bartender Knocked Out, Robbed, And Then Run Over By Cab While Bystanders Looked On Next article: Sheriff Sued For Denying Concealed Carry Permit To Legal Immmigrant: What's Your Take?