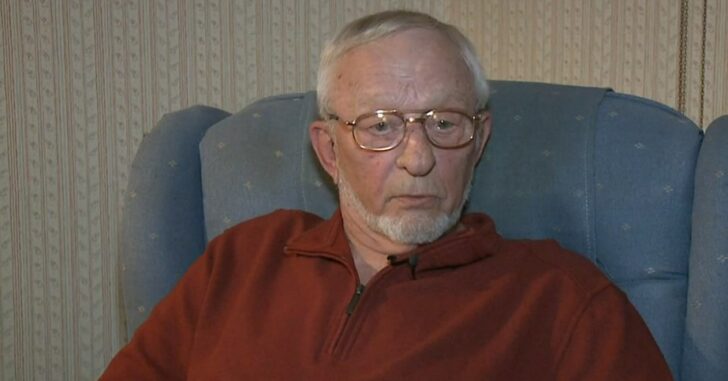 PARADISE, PENNSYLVANIA — On the afternoon of Sunday, October 18th, Micheal Snyder was relaxing in his home when he noticed a man outside. Upon opening the door to speak to the stranger, Snyder quickly figured out something wasn’t right.

“He didn’t make a lot of sense. He said, ‘Would you please call the police? Please call the police. They’re going to kill me.’” Snyder told the man to wait outside while he called the State Police. While on the phone with 911 telecommunicator, Snyder heard a crashing noise in the house and found that the man had crashed through a window into his home.

Snyder, a Vietnam veteran, was in control of the situation instantly. “I had the pistol cocked and ready, and he was standing there in the kitchen.” The 72-year-old held the man at gunpoint for ten minutes until state police arrived.

Police said that 38-year-old Kwesi Skerritt of the Bronx, New York, was in fear that a gang was after him. He was charged with criminal trespass, simple assault and criminal mischief, and held in the Monroe County Correctional Facility on $100,000 bail.

Snyder credited his wartime experience for his composure and control of the situation. “When I come under fire, how will I react? Will it scare me to death? Will I be able to react? But yes, experience helps…I was so happy yesterday I didn’t have to pull the trigger. I do not want to do that.”

Could you have reacted so quickly to a forced entry to your home? Would you have the composure to hold someone at gunpoint after they were inside, without actually shooting them out of fear of what they might do?

Previous article: The Armed Good Guy, More Times Than Not, Wins The Fight Without Firing A Single Shot Next article: Kamala Harris Says She Would Give Congress 100 Days To Pass Comprehensive Gun Control Before Signing Executive Order