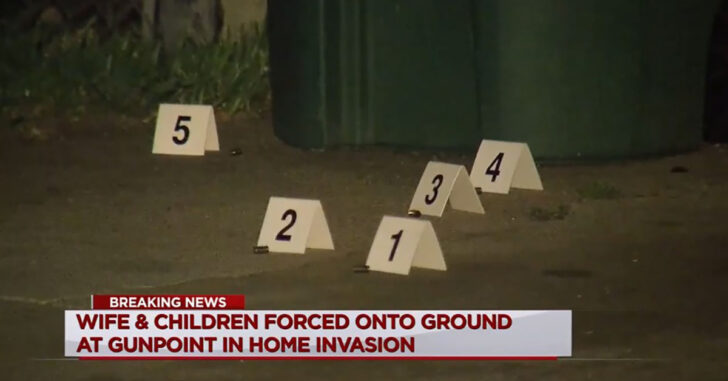 HOUSTON, TX — There are few more powerful motivators for decisive action than family, and fortunately for one Houston family, the father of the home was willing to risk anything to save his loved ones.

ABC 7 reports that the homeowner not only was able to turn the tables on three bad guys after being pistol whipped in the head, but he shot one in the head before they made their escape.

“Police rushed to the scene on Cliffmarshall in northwest Houston, where this all unfolded as a man returned home from work overnight. Investigators said three men forced their way into the man’s home, where his wife and two young children, ages 5 and 6, were inside.

“There was an exchange of gunfire, and the suspects drove off in a pickup truck.”

The truck was reportedly later found abandoned a few miles away — it was riddled with bullets.

Do you think the father might have been mad?

It appears the gunman who was shot in the head will survive.

Shortly after the shooting, “We received a report of a male at the hospital off of 249,” said Houston Police Lt. Larry Crowson according to ABC 7. “He had been shot. We believe it is the suspect from this shooting. He has been transported to Memorial Hermann in critical condition, but he is expected to survive.”

Good. This man can be held accountable for victimizing an innocent family.