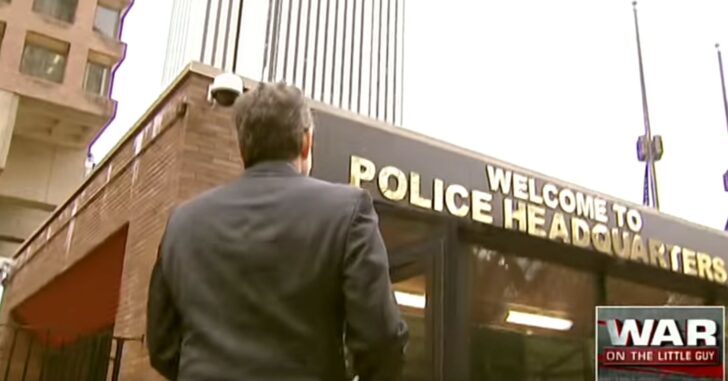 By John Farnam from www.defense-training.com

I conducted a Defensive Handgun Course recently for a group of students, all of whom live and work in NYC. We did the Course itself at an outdoor range in NJ. Several of my students (via past political connections) actually had CCW permits issued by the NYPD, nearly impossible to get, but they were very concerned about keeping them.

The sub-department that issues these permits has been fraught with scandal, one right after another. Several higher-ups have been indicted for accepting bribes [to issue permits]. Corruption is rampant and decades old.

Reacting to criticism, the current mayor’s predictable reaction has been to direct the NYPD to even further reduce the minuscule number of permits currently valid.

Hence, many NYC permit-holders, including several of my students, have received letters indicating that their city-issued CCW permits will not be renewed. No reason given. No wrongdoing, real or imagined, on the part of disenfranchised CCW permit holders.Their precipitous castration is completely arbitrary.

Those of us who live in states where CCW permits are easy to get (in fact, taken for granted) find the degrading contempt in which NYC residents are held by the city government (all liberal Democrats) astonishing, and frightening, particularly since NY’s current governor and NYC’s current mayor have both indicated a desire to run for president.

My students, all successful professionals, expressed an abiding contempt for NYC’s entrenched liberals, and pointed out that they stay in power via:

1) Imposing guns laws so voluminous, incomprehensible, arbitrarily enforced, and requiring paperwork that constitutes a full-time job in itself, that being “law-abiding” in NYC is probably impossible. In any event, one could never know if he was of not. What are supposed to be “rights” (and are for the rest of us) in NYC are “privileges,” enjoyed only by the ruling elite and their supporters.

The liberal ruling elite can thus terrorize citizens who dare speak-out against them, by withholding “privileges” and arbitrarily charging them with technical offenses. The euphemism is “selective enforcement.” That means their political opponents must exactingly obey the law (as noted above, an impossibility), but they and their supporters don’t.

2) The maintenance and expansion of a vast and permanent “underclass,” (including many violent criminals whom liberals put to good use in coercing unarmed political opponents) from which there is no escape, and whose votes can be dependably purchased with taxpayer dollars, or terrorized out of them.

Among liberals, the foregoing represents “The Golden Rule.”

As a defensive weapons and tactics instructor John Farnam will urge you, based on your own beliefs, to make up your mind in advance as to what you would do when faced with an imminent and unlawful lethal threat. You should, of course, also decide what preparations you should make in advance, if any. Defense Training International wants to make sure that their students fully understand the physical, legal, psychological, and societal consequences of their actions or inactions.

It is our duty to make you aware of certain unpleasant physical realities intrinsic to the Planet Earth. Mr Farnam is happy to be your counselor and advisor. Visit: www.defense-training.com