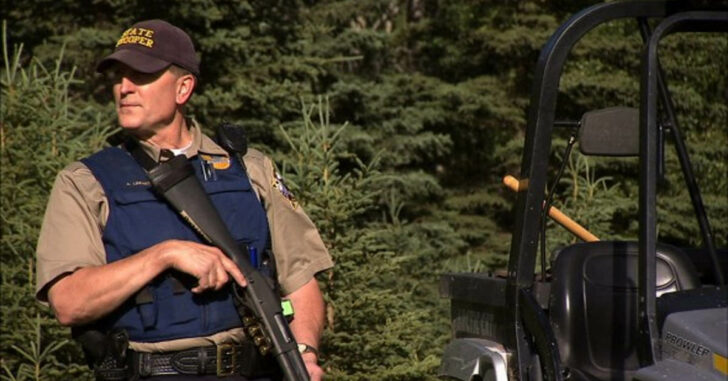 ANCHORAGE, ALASKA — If you’re going to steal a person’s truck, it’s probably best to not drive it around town to run errands for your mom. That’s a lesson one thief is sure to remember after the owner of the truck he had stolen spotted him in the parking lot.

Police say the owner of the vehicle identified it by the custom lettering of her name plus other details. When she approached the thief in the parking lot, he allegedly drove it towards her. The owner took out her gun and shot through the windshield and driver’s side window.

According to Anchorage police’s statement released to Newsminer, there was an older woman in the passenger’s seat. Only a minor description of the driver was received. The thief managed to escape but now he’ll be driving around town with a blown out windshield and a driver’s side window: two things that just don’t work in the Alaska winter.

The way the police are describing the event, the woman only used her gun when the truck started barreling towards her. This is a dangerous scene we’ve seen played out with security guards in other situations.

A moving vehicle is a deadly instrument in the wrong hands. As serious as we consider a bad guy with a gun, we have to take a bad guy behind a steering wheel.

The more I look at this, the more I think the thief is some sort of broke degenerate who stole a truck in a moment of opportunity and used it to drive his mom to the store. She was probably just as surprised as he was to see a lady running towards them. Maybe that answers her initial question of, “who the heck’s name is this on the back of my son’s truck?”

Thankfully, nobody was hurt and the truck, it appears, is still in the area. It’s Alaska in the winter time. Nobody is going anywhere for awhile. This thief now knows he shouldn’t mess with Alaskans. They get angry when someone takes their stuff. And they’re not afraid to chase people down.

That said, the best way to go about this would have been to immediately alert police to the presence of a vehicle you reported stolen.

They have tools the average law-abiding civilian doesn’t have. Namely, backup and the force of law. They could have tailed the dude, pulled him over, done a number of other things outside of opening fire. That would have been the ideal resolution to this.

So, if you see a bad guy with your stuff from a distance away, maybe consider sitting back and letting the police do their job. Not only is it safer for you, there’s a better chance you may get your stuff back.