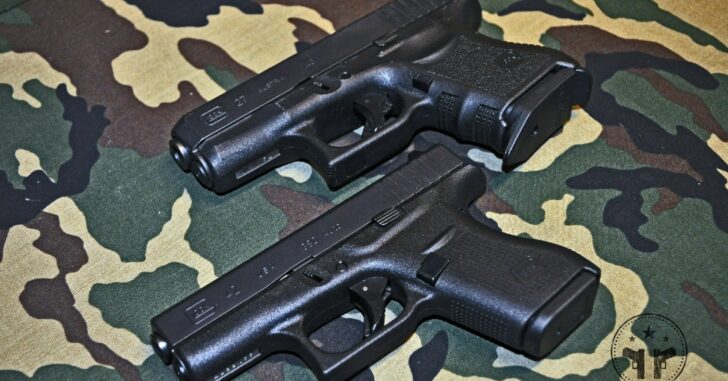 Familiarity breeds efficiency. It does not matter how experienced a shooter you are, if you don’t spend a significant amount of time with a particular handgun then you will never maximize your potential with that weapon. Certainly most shooters change guns at one point or another and there is nothing wrong with that, but a practice that I am entirely opposed to is having a “carry rotation” in which a shooter switches from one gun to another on a daily basis. This is especially problematic if the individual switches between firearms that are dramatically different in operation. Some people will carry a 1911 on Monday, a Beretta 92 on Tuesday, a Glock on Wednesday, and a revolver on Thursday. Do you do that? If you do here is some advice: stop it.

In a time of crisis, like, for example, a lethal assault, you will respond with reflexive action and you will default to doing what is most familiar. If you typically carry a gun with no safety but on this particular fateful day you are carrying a 1911 you might not instinctually swipe the safety off. If you carry a 1911 often and train with it often then you will, but in my experience people who rotate many guns do not get in the needed training on each platform even if they think they do.

So, while rotating guns just for fun is unwise, most of us do need at least a couple of guns to fit all of our concealment requirements. For example, maybe you can carry a compact or even full-size pistol most of the time but on occasion you need something very discreet and concealable when you need to dress formally. A possible solution to such concealment needs is to use a “family” of guns. The major manufacturers typically produce such families. For example, the Glock, the Smith and Wesson M&P line, and the Springfield XDM line all make guns ranging from full-size service pistols to compact or even single-stack models. If you like 1911s you can do something similar. If you like revolvers most big revolver manufactures make different frame sizes. So, the family of guns concept can be leveraged for most.

If you use several guns from within the same manufacturer family you will be training with guns that are essentially identical except for the size. This is a great way to accommodate different concealment needs but still work with a familiar weapon platform. Among these gun families you will find that often not only are the controls identical and even the ergonomics are similar, but the trigger may be similar as well. The more these guns have in common the better. If you rotate from a full-size gun to a compact gun within these families then usually even the magazines are compatible. For example, within these Glock, M&P, or XDM families, as well as others, the smaller gun will use the larger gun’s magazines. This means that even when carrying the smaller gun you can still carry a full-size reload. If you use a full-size gun but then rotate to a single-stack model within the family the magazines will not be compatible, obviously, but the gun itself will still be quite similar.

Even if rotating guns within a family of firearms I am still a proponent of prioritizing your training on the gun you carry most often. For example, if over the winter you carry the full-size gun but during the summer you are carrying the compact model, train with the compact gun. Many people only shoot their full-size guns because they are more fun to shoot, but be sure that you are shooting the gun you are actually carrying.

Most folks will find that working within one of these gun families will suit all of their concealment needs, but if you do need to utilize different platforms be sure to still keep your carry rotation minimal. Also, if you change platforms, I suggest making sure that you at least use weapons with similar manual of arms. I would avoid casually switching between guns with no manual safety to one that has a manual safety, for example.

Another possible issue you may face is similar to what I face: I most often carry a compact double-stack 9mm but I often need deep concealment due to dress or other circumstances. At such times even a small single-stack 9mm does not work for me. Rather, I carry a small-frame revolver, as these conceal even easier than do the single-stack autos. You may find this necessary as well and you may utilize a small revolver or perhaps a small 380acp pocket auto. So, here we are going to need to embrace a second weapons platform that is outside of the family, obviously. These small guns, revolver or pocket auto, usually have long and heavy double action triggers which is significantly different than striker-fired or single-action autoloaders.

I suggest using a gun that is at least similar to your main gun in terms of manual of arms. If you carry a primary pistol with no external safety, then do the same with the small gun. Even the revolver, which has a very different trigger pull and different set of controls is still a gun with no manual safety, so I advise staying at least within this parameter. Some gun families actually do have very small 380acp models that do work like the rest of the family so this may be a possibility. If you need to use something outside of your primary set of guns then just do your best to minimize the transition. The biggest issue that is of concern is the presence or absence of manual safeties.

People generally don’t like to shoot small guns but if you find that you need to carry a small-frame revolver or small pocket auto at least some of the time you need to train with it. I try to work in at least some shooting with my small revolver to most live fire sessions. I also dry fire it regularly. The familiarity needs to be maintained even if it is a gun that you only occasionally utilize. So, stick to a single family of guns if at all possible, and if you do need to deviate try to minimize the differences. This will encourage familiarity and ability.