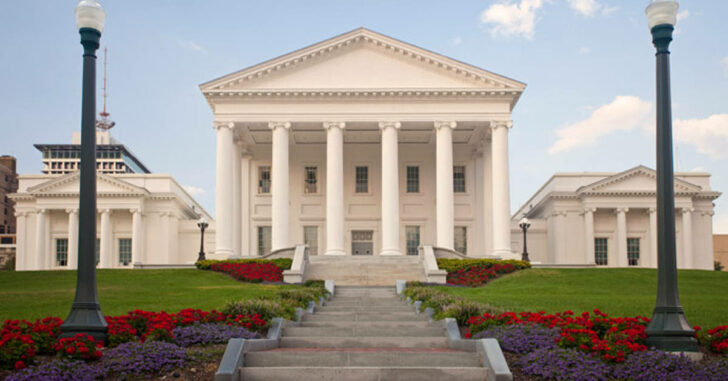 RICHMOND, VIRGINIA — A new bill proposed under HB 1852 would allow anyone under the protection of a protective order to use that order as a de facto permit to carry a concealed handgun.

According to the bill’s wording, HB 1852 promises to be a solution to the problem of long wait times and lengthy procedures that can delay a person legally protecting his or herself from a known threat.

The bill further proposes, in addition to the initial 45 day issuance, that the temporary permit may be renewed for another 45 days so long as the person has properly submitted his or her paperwork for a concealed carry permit.

Basically, this bill aims to bridge the gap between when a known threat is reported to the courts and a protective order issued and when a person would likely be able to obtain a concealed carry permit for his own protection.

As we’ve discussed many times in the past, a protective order is a great first step but it is not a solution unto itself.

The only way a person can guarantee his or her own safety from a known threat is to minimize the ability for that threat to act with impunity.

This means owning a gun and training to use it.

That’s just one piece of the puzzle. We’re not going to sit here and tell you a gun is going to make the bad guy go away — that’s unfortunately not how guns work. They’re a tool that you need to take seriously and it comes with quite a bit of responsibility.

For those who never before imagined they would ever need a gun, don’t wait until the protective order is needed. A protective order or restraining order is something you do when a known threat has already presented itself. In many states, the concealed carry permitting process can be lengthy, require mandatory classes, and an extensive background check. This can take time to complete.

If you’re trying to complete this process all the while hoping that threat doesn’t show up at your place of work or while you’re in the grocery store, you’re setting yourself up for a really bad time.

The best suggestion I could ever make to someone with an active restraining order is now is the time to put your life in order. Get that security surveillance system. Buy the gun. Train with it. Even if your state doesn’t require a mandatory class, take one anyway. If you are completely new to guns, the best way to get over the fear of owning and carrying one on a daily basis is to through training and practice.

This bill is still a long way off from reaching the governor’s desk but it definitely shows politicians are thinking about these issues realistically. People have a right to defend themselves and that right shouldn’t stop because of a long permitting process.