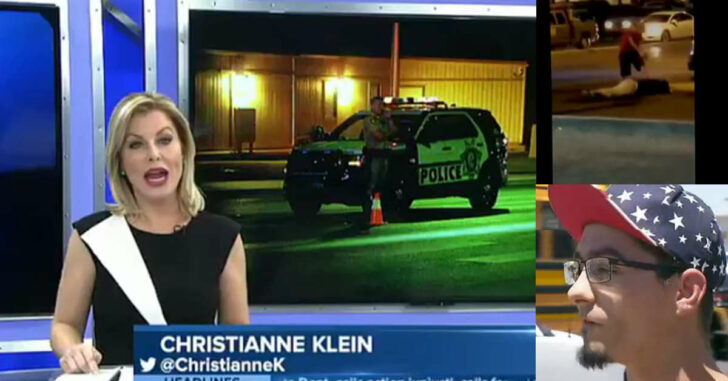 LAS VEGAS, NEVADA — After a hit-and-run left one bystander critically injured, witnesses say Matthew Shaykin, 31, just kept driving. Thankfully, there was an armed citizen right behind him. Shaykin was stopped and forced out of his car at gunpoint until police arrived. Las Vegas police initially drew their firearms on the Good Samaritan but the gunowner complied with their requests and they quickly realized what he was doing.

It was a tense situation that could have gone multiple ways but, according to Las Vegas Now (click for video), Shaykin will be facing felony hit-and-run charges associated with the crime. As for the Good Samaritan, he told news reporters he doesn’t regret pursuing the suspect but if he had to do it all over again, he would have refrained from drawing his handgun.

There’s a lot of good that came from this and much respect goes out to those willing to defend and protect both themselves and those around them — especially when a violent felony has taken place.

A citizen’s arrest can be a very tricky thing because we’re not sworn officers of the law. Thankfully, the man-of-the-hour knew the correct course of action was to sit tight until police arrive and then comply with their requests.

Bystanders took cellphone video of the event and, to a bystander who didn’t know a hit-and-run just occurred, it just looks like a dude is forcing another man out of his car at gunpoint. That’s a lot of confusion to weed through… And it’s a reality we have to be willing to deal with.

Another factor we have to consider is separating ourselves from the stigma of people wielding guns against one another in public. There’s two people we’re accustomed to seeing using guns against other people — police and criminals. Concealed carriers and law-abiding gun owners are neither.

The general public may not know that at first glance. That’s why it’s super important if any of us are ever stuck in that unenviable position to clearly demonstrate firearm safety and good communication skills.

This Good Samaritan did all of the above.

Be careful out there, look out for each other, and keep carrying every single day. The world needs you and more good guys and gals to step up and be responsible people. It makes our country a better place to live.

Previous article: #DIGTHERIG - Ed and his Walther PPS 9mm in an Alien Gear Holster Next article: Man With AK-47 Holds Up Waffle House, Armed Customer Stops Him With His Firearm