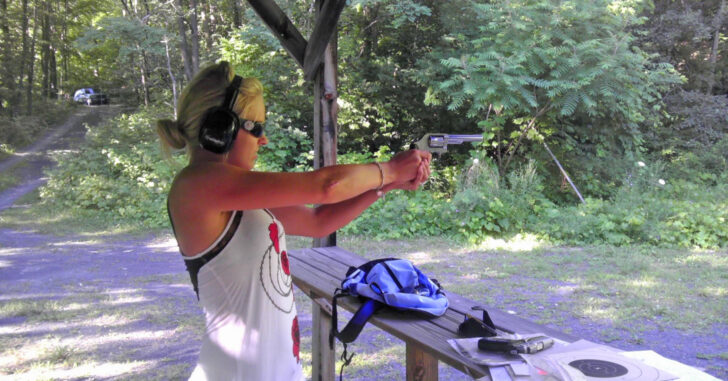 This is not the first time I have written about this issue, but here I seek to give it a full treatment for your consideration. There are essentially two groups of people who may read this: those of you who have indeed accepted that violence can come into your life, and those that have given it little thought, or simply refuse to consider it because it is frightening to think about. The first group are most likely those of you already carrying weaponry for personal defense and you are hopefully invested in at least some form of training. The second group, probably not. Here I wish to speak to both categories as this is a topic that we should all evaluate periodically.

I tend to write about defensive mindset more than most of my fellow firearms and self-defense writers. Many at least touch on it, but I harp on it, because it is the most essential element in an individual’s defensive arsenal. Your handgun means nothing if you don’t have the necessary mindset to use it to the required potential if needed, or to see the danger before it is too late to bring the weapon or other tools to bear. Similarly, those without the prerequisite mindset typically don’t walk the world prepared with the skills or the tools needed in the first place.

When discussing mindset the element that gets the most treatment is “situational awareness.” This is a term you will hear brought up by any type of competent self-defense instructor, whether a firearms trainer, martial arts trainer, or that of any other sort. The problem that I find is too often our doctrine jumps directly to situational awareness, which is indeed vitally important, but the discussion skips past what I like to refer to simply as “acceptance.” The acceptance that violence can touch you personally, that it can happen to you or yours any time, in any place, and the horrible things that we hear on the news every day don’t just happen to other people who are faceless statistics; they can happen to you too.

Coming to this acceptance is the absolute crux of all defensive mindset. If you indeed acknowledge that bad things can happen to you personally, will this not lead to an effort to be more aware of your surroundings? If you indeed accept that violence can touch you personally, directly, in the space that you inhabit at any moment, will that not foster a desire to be armed and skilled? Without this acceptance an individual will remain among the average, the masses, those who walk the world oblivious to what is happening around them and have no ability to resolve a dangerous situation should it arise. An individual who never truly comes to terms with the reality that violence can touch them, personally, will never develop situational awareness and will never seek to develop fighting skills because the underlying motivation for all such measures is not there. The acceptance is where the journey must begin.

Defensive mindset has been something that I have not only tried to consistently practice my entire adult life, but I have also studied it in an almost academic nature. My first experience of contemplating this actually happened when I was quite young, about 13 years old, following the Luby’s Café massacre that happened in Kileen, Texas. Prior to Virginia Tech, and of late the Pulse Nightclub massacre, Luby’s Café was the worst mass shooting in modern American history. What struck me was reading the account of a survivor who indicated that the gunman in this particular incident walked around executing people in the Café for about 10 minutes while all of the patrons laid prostrate on the floor, not moving, waiting to be executed. All the while, this witness reported to have been thinking to himself: “this can’t be happening.” That is the phrase that is the universal standard in the wake of all such violence. “This can’t be happening.”

The problem with the mental loop of “this can’t be happening” is not only that it is a manifestation of mentality, but it also paralyzes those who get stuck in it. Those who train in personal defense and foster the appropriate mindset are not necessarily immune to being shocked by what they may see if something bad happens. Most of us don’t see violence very often so it will still be shocking. But what we clearly determine based on the study of decades worth of inter-personal conflict is those who are trained break out of this mental loop quickly and respond with action rather than become paralyzed with fear and wait to be victimized.

Those who fall into “this can’t be happening,” which is the vast majority of people, not only fail to take action in the face of an immediate threat, but they often fail to take action preemptively. How many reports have you heard or read of a survivor of a mass shooting saying “I thought it was a car backfiring,” or “I thought it was fireworks, I did not know it was gun fire.” Why? Because these people have not accepted that violence can happen to them, personally, right here, right now. It is this simple. How many incidents have happened in which the victim of a rape or a violent physical attack says “that guy gave me the creeps, I felt something was wrong, but I thought I was just being paranoid.”

Why would a human being fail to follow their own intuition? A bad feeling in the gut is usually based on something valid. Because, most people have not truly accepted that “it” can happen to “me.” Even the slightest inclination to think that something may be wrong is drowned out by not wanting to be “paranoid” or “silly” and this social norm has killed a lot of good people. A woman will get on an elevator late at night with a stranger who gives her the creeps in an otherwise vacant office building rather than wait for the next elevator or take the stairs because she would rather ignore her instincts than appear rude. This person has not accepted that “it” can happen to “me.” A guy will walk into an empty parking garage and not even notice that there are several suspicious looking characters hanging around his vehicle until it is too late because he is preoccupied with messaging friends about happy hour plans on his smart phone. This person has not accepted that “it” can happen to “me.”

If a person never has a conversation with themselves in which they declare to their own being that they can be touched by violence, this typical failure to act in the face of violence, or to even see it coming, will remain the norm. This is what you need to say to yourself, and fully believe: “it can happen to me, it can happen here, and it can happen now.” Say it to yourself often, believe it, and prepare for it.

Don’t let it be. Accept the fact that violence can touch you and prepare for it. That way, instead of thinking to yourself “this can’t be happening” you will think to yourself “I knew this could happen, and now I will do what I have trained to do.” And if you embrace this acceptance and let it guide you in making the needed mindset and lifestyle changes, if it does happen to you on one fateful day, the rest of us are going to read a very different account than the norm and we, the capable citizens of America who embrace our personal responsibility for protecting ourselves and those we love will have another statistic of our own. Accept it. This will lead you to develop the proper mindset to be aware of your surroundings. It will lead you to develop the skills to defend yourself and those you love. It will lead you to carry the necessary tools on your person to deal with the worst humanity has to offer. And it will put another capable citizen on our streets instead of another waiting victim.