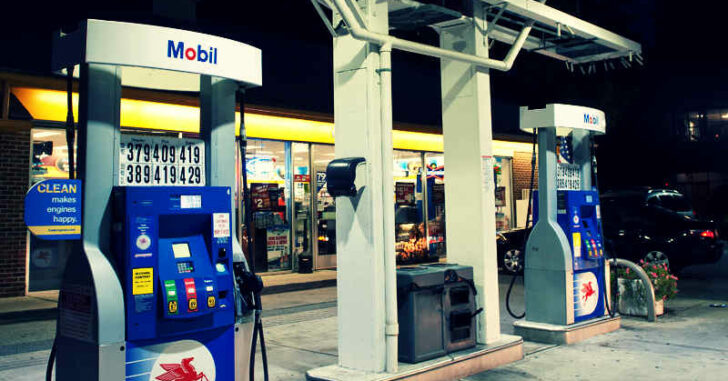 ARLINGTON, TEXAS — An armed, masked suspect attempted to rob a convenience store before the clerk fatally shot him. There were no direct witnesses of the event so police had to initially take the clerk’s word that he acted in good faith. The other employee on the scene hid in a cooler during the shooting. Thankfully, video surveillance footage was passed on to the Arlington Police Department to back up the clerk’s claims he used a justifiable amount of force in the struggle.

via CBS Dallas-Fort Worth News

“The clerk says that this was a robbery attempt and that the suspect had a firearm. If he feared for his life, that’ll have to be determined based upon the interview, there’s a possibility this use of force could be justified,” said Arlington Police Lt. Chris Cook.

According to an updated statement from the Arlington Police Department, the video surveillance footage corroborates the clerk’s story. This is pivotal in establishing a justifiable use of deadly force scenario.

Before any of our readers laugh, I’m not going to poke fun at the guy who hid in the cooler while his co-worker defended himself. As an unarmed civilian stuck in the middle of an armed robbery, it’s actually a really smart move to stay out of the line of fire.

The worst thing an unarmed bystander can do is attempt to engage an armed opponent with a gun pointed at another person. Not only could this result in the armed clerk getting shot, it would impede that clerk from defending himself.

Hiding in the ice cooler, albeit slightly comical in hindsight, makes absolute sense given the circumstances.

As for the clerk with the gun, he had to make a split second decision as to whether or not to fight a man with a gun pointed at him. This is yet another advantage that surveillance footage provides to situations like this. Whereas in the days of yesteryear when surveillance footage was either less common or less descriptive, it was up to the clerk to absolutely convince the police that his actions were taken in the belief his life was in direct danger. Depending upon the investigators and the local law of the land, this could push an otherwise straightforward case into an arduous, grueling process.

Investigators have an imperative to execute due diligence on a homicide. Think about it from the investigator’s point of view. He shows up to a scene and there’s a dead guy with a gun and someone saying he shot him in self-defense. With no other witnesses or viewpoint through which to view the case, the investigator pretty much has to take that person’s word.

Now put yourself in the dead person’s shoes for a moment. You walk into a gas station to pick up a pack of smokes and someone decides to shoot you. You’re armed and may or may not have gotten your gun out of your holster before collapsing. He’s going to stand over your dead body and tell investigators he shot you out of self-defense. Subtracted from any real footage or eyewitness account to countermand that assertion, you’re stuck being senselessly murdered. Bum deal, yeah?

So, in conclusion, it’s a pretty great time to be a law-abiding concealed carrier or gun owner in this country. Not only do we have evidence to support that the right person got shot during the course of a violent felony, we can have an easier time through the investigative process because officers can clearly see how the sequence of events transpired.

And, when in doubt, hide in the ice cooler.

Carry everyday, everywhere. Your life is worth it.