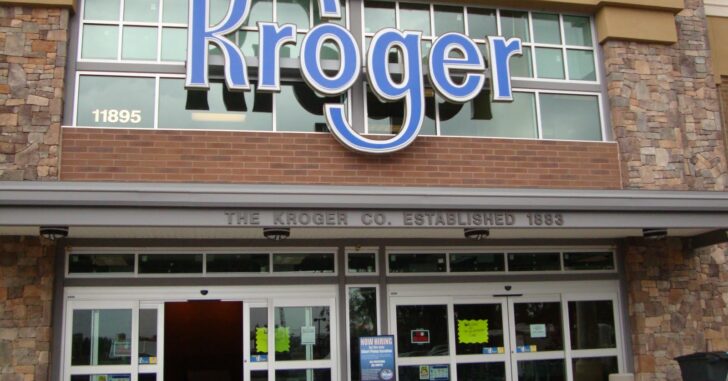 It’s been going on since August, when Moms Demand Action first started to go after Kroger in an attempt to convince them not to allow customers to carry firearms inside their stores.

Now, during an appearance on CNBS’s Squawk Box, the CFO of Kroger, Michael Schlotman, stated that the chain will not give into the Moms.

Schlotman made these comments after Squawk Box host Andrew Ross Sorkin said, “In the fall there [were] these liberal groups who had organized to suggest that Kroger was allowing people to ‘open carry’ firearms in their supermarkets. What was that about and where do you guys stand on that?”

So we follow local laws [and] we ask our customers to be respectful to the other people they are shopping with. And we really haven’t had any issues inside of our stores as a result of that.

This isn’t the first business that the Moms have gone after, and its certainly not going to be the last. However the trend seems to be that most (are forced to) release statements along the lines of: “We will continue to adhere to local, state and federal laws.”

In other words, their customers carrying firearms is of no concern to them. Just let it go, Moms, the people you’re after aren’t the people to be afraid of. If anything, be thankful that they’re shopping amongst you.