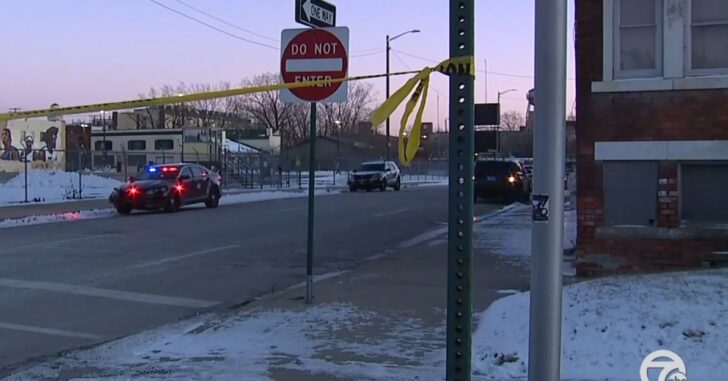 DETROIT, MICHIGAN – A 4-year-old girl who was “accidentally” shot twice by her mother Friday is in a Detroit hospital in critical condition. Even worse, the mother initially lied about the incident, saying that a purse snatcher that she fought off shot the child.

DPD said the incident happened on Brush Street near East Grand Boulevard around 3 p.m. The mother told detectives that she and her daughter were entering their apartment when a man attempted to steal her purse. She claimed that she fought him off and that he fired multiple shots before fleeing the scene in a pickup truck.

The shooting was reported to police by a call from a local hospital. In a press conference held shortly after the incident, DPD Chief James White spoke to reporters, saying, “We’re going through a lot of information right now. The way that the call came in from the hospital, and we’re trying to make everything line up with what the mom is telling us. Regardless of how this story comes together, the bottom line is we’ve got a 4-year-old baby that’s shot at this house.”

Police later said that the story did come together about a half-hour after the presser, saying that the woman admitted there was no attempted purse snatching and no robber. She told detectives that she was cleaning her gun and accidentally shot the child twice.

DPD officers arrested the mother and say that despite being listed in critical condition, her daughter is expected to survive. As of Friday night, the firearm had not been recovered. Police did not mention whether they found any gun cleaning tools or supplies at the apartment that were abandoned in haste.

Previous article: Dozens Of Firearms Taken In Gun Store Burglary Next article: Armed Citizen Tries Stopping Shoplifter, Ends Up Being Shot With His Own Gun