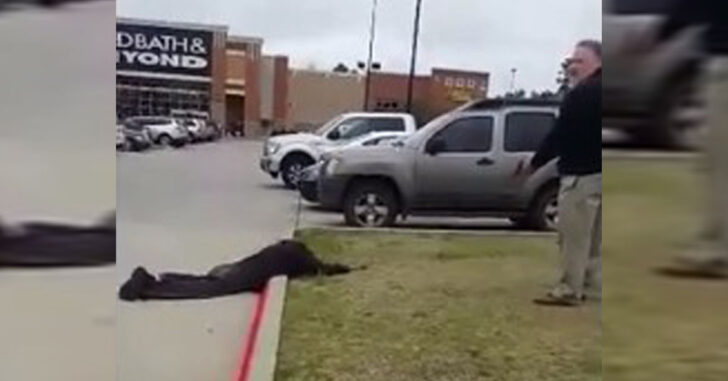 TYLER, TEXAS — On Concealed Nation we love to talk about how, when, and where responsibly-armed citizens stop crimes and defend the innocent. It’s kinda what we do.

Which is why it’s so awesome when folks doing what we love prevent even more crime than they intended to.

In Tyler, Texas, a man was arrested after attempting to rob a couple at knife point. He was stopped by a father/son duo who were both carrying at the time, reports KETK (click link to view video).

Not only did the pair stop a robbery and potentially worse, they did it without a drop of blood shed.

Both armed and ready, the pair instructed the man to get on the ground or, well, else. He did.

The suspect, 30-year-old Chad Boening, was arrested and charged with aggravated assault, and the story could well have ended there and it would be a story all unto itself.

But the story doesn’t stop there.

Our father/son team hadn’t just stopped a robbery; their actions caused the uncovering of a much larger conspiracy — the woman who was being “robbed” at knife point was actually conspiring with Boening to rob the man she was with at the time, according to another report from KETK.

Apparently, the two had cooked up a plot to rob a man she had met online, and that was the scene that the responsibly-armed pair stepped into.

The woman, Jamie Hardy, has now also been arrested and charged with aggravated robbery.

These carriers (accounts differ as to whether they were carrying open or concealed) had no idea any of that was going on.

Previous article: Sometimes Warnings Aren't Enough: Woman Shoots And Kills Sister's Boyfriend After Confrontation Next article: SB 128 Passes -- Florida Prosecutors Will Have To Prove A Defendant Cannot Claim 'Stand Your Ground' Rather Than Making The Defendant Prove He Can