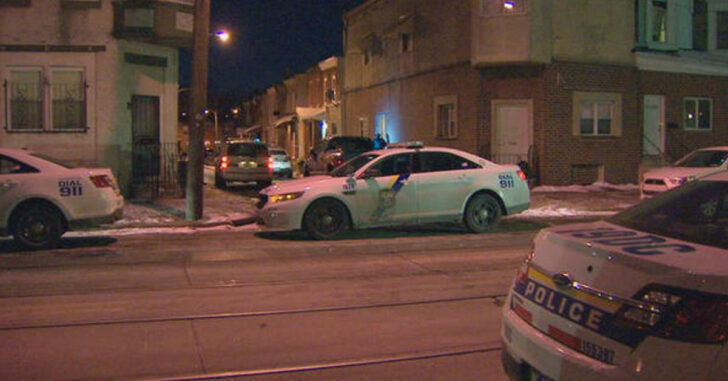 PHILADELPHIA, PENNSYLVANIA — When three armed robbers burst into an apartment in Philadelphia, the target of the robbery held her 8-day-old baby tightly in her arms. The sight of a newborn infant didn’t abate the intruders, though. One of the intruders tossed the baby to the ground while two other suspects tossed the place.

According to US News‘ AP wire, the infant is believed to be okay but was taken to a nearby hospital for a medical evaluation. Robbers allegedly stole up to $3,500 in cash and two cell phones. Investigators are hoping to use those cell phones to track down the robbers, though leads have been slim at present.

Thankfully, no one was hurt in this home invasion. But if any of our readers held the idea that armed robbers or bad guys in general give a care about the young, the old, or the helpless, you best think again.

Bad guys don’t care about who gets hurt so long as they get what they want. They will do anything, hurt anyone, potentially kill anyone that gets in their way.

There’s a myth perpetrated throughout news stories involving armed robberies and burglaries. The myth is “if you comply, the bad guy won’t hurt you.”

That is a myth unsupported by facts.

This is a prime situation where an occupant with a gun could have squashed those intruders before they had a chance to hurt anyone. Rolling over and playing dead just isn’t good enough. In fact, it could get you or someone you care about hurt even more than fighting back.

Now, I know that not everyone will go out and become a concealed carrier. As much as I’d like for every law-abiding citizen who is able to legally possess firearms to carry one on a daily basis, it’s just not going to happen. That’s not going to stop me from promoting the merits of it or the merits of owning and keeping a gun in the house.

Stopping a home invasion is simple: evade, barricade, communicate, arm up, and respond.

That process is even easier if you have a gun on or near you while you’re in the home. It’s not weird to plan for your own safety. In fact, it’s arguably one of the most responsible decisions you can make when it comes to the well-being of yourself, your family, and others living in the home with you.

Previous article: [VIDEO] How Bad Is It To Get Shot At Point-Blank Range? Next article: [FIREARM REVIEW] HK P2000sk