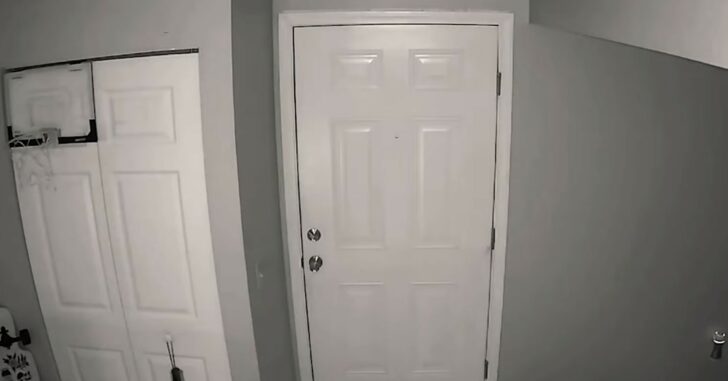 Want to know how long it takes for someone to kick in your door and gain access to your home? Just watch the video below.

The person defending in this instance had a few seconds to go grab his AR-15 after someone had been knocking on his door. He went to go check things out through the peephole, and saw two men standing outside.

The next thing we see is the resident retreating to grab his firearm and prepare for a potential fight.

He comes back in frame nearly as soon as the door is kicked in.

If you want to see a look of surprise, look no further than the first suspect’s face once he realizes that he’s got a rifle pointed at him.

Showing restraint, the resident did not pull the trigger, and later explained that he did not see any weapon presented by the suspects. This decision likely saved the life of the first suspect, and it’s an amazingly quick decision that this resident needed to make.

Check out the video, learn some lessons, and make sure you’re prepared at your own home for anything that could come your way.

Previous article: Irresponsible Gun Owner Saves The Day After Pistol-Whipping Man Who Was Ramming Vehicles Next article: Man Tries To Rob Disabled Volunteer, Is Then Held At Gunpoint By Concealed Carrier