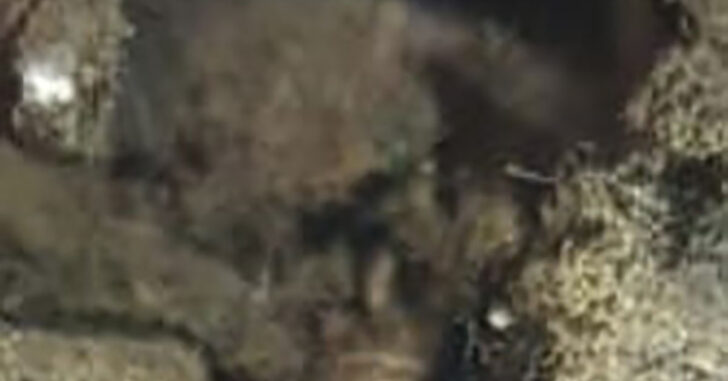 A Facebook page, Lone Star Gun Rights, uploaded a set of photos that they say were found somewhere on the interwebs. We did a reverse image search on Google, but it came up with nothing. So, we unfortunately do not have a back story and can only rely on the caption that they provided with the photos.

Here’s what the Google reverse image search suggested we were looking at:

The zoomed-in photo at the top of the page is either part of a lush forest, or it’s part of a gun that’s been severely neglected.

You already know. It’s the latter.

You can take a look at all the photos here, since the page sharing the photos has turned off the embed feature.

While I’m personally skeptical about the story of this being an EDC (every day carry) handgun, and rather it was a handgun that was literally buried, it’s a reminder to us all that we should be regularly checking in on the internal workings of the firearms that we carry. Even a week carrying, without going to the range with that gun, will cause a buildup of lint and other debris on the inside.

Remember; a clean gun is a happy gun. Regular maintenance and cleaning is extremely important, especially for a gun that you carry to protect your life with. While a little lint and dirt here and there probably won’t cause any major problems, it’s good to clean everything out on a regular basis.

In this gun owner’s case, a deep clean should be scheduled immediately.

Previous article: Gun That Looks Like A Smartphone; 450 Sold And Counting Next article: Dick's Goes Soft Again, Pulling (Guns) Out Of 125 Stores