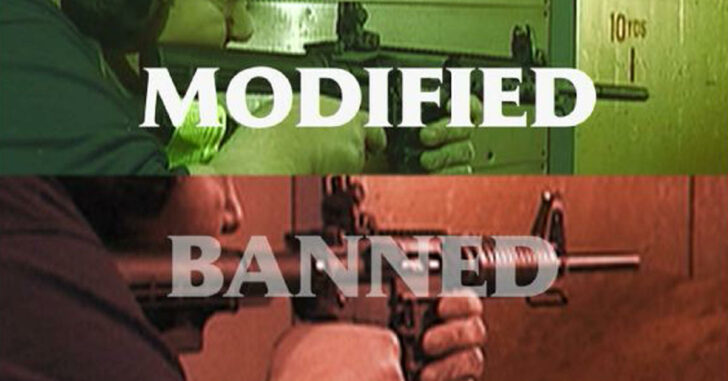 ALBANY, NEW YORK — If you’re not from New York, there’s a good chance you have no clue about the SAFE Act of 2013. No one can blame you. But for New York gun owners, and especially licensed concealed carriers, elements of this Act have really made it difficult to own, possess, transfer, or sell firearms. No doubt it’s also why Gov. Cuomo referred to it as the “toughest assault weapons ban in the country.”

“The SAFE Act stops criminals and the dangerously mentally ill from buying a gun by requiring universal background checks on gun purchases, increases penalties for people who use illegal guns, mandates life in prison without parole for anyone who murders a first responder, and imposes the toughest assault weapons ban in the country. For hunters, sportsmen, and law abiding gun owners, this new law preserves and protects your right to buy, sell, keep or use your guns.” – Governor Andrew Cuomo

In provisions of the SAFE Act, it was illegal to possess a handgun magazine that carried more than 7 rounds. That was later amended to allow New York residents to carry magazines capable of accepting up to 10 rounds but no more than 7 could be loaded.

If you’re wondering how precisely this makes New Yorkers safer, you wouldn’t be alone.

One NY senator is looking to do away with the SAFE Act altogether. Sen. Rob Ortt, R-North Tonawanda claims that the SAFE Act hasn’t actually made New Yorkers any safer.

“The SAFE Act hasn’t done anything to save anybody,” Ortt told WXXI. “I dare anyone to show me a correlation between a reduction in gun violence in New York State and the SAFE Act.”

Why have laws on the books that unnecessarily restrict the rights of law-abiding citizens if they aren’t even effective at deterring criminal behavior?

Even county law enforcement officials find the requirements of the SAFE Act to be burdensome upon both their staff and the law abiding citizens who wish to carry a concealed handgun.

“The purpose of the Saratoga County Sheriff’s Office is to serve and protect the residents of this county, not to harass already law-abiding citizens with the SAFE Act’s pistol permit re-certification provisions,” Sheriff Michael Zurlo said in a statement to The Troy Record.

Now, whether or not these political ruminations will bear any weight in state politics is beyond our scope. When it comes to criminal behavior, New York already has some of the toughest laws on the books. However, acts like the SAFE Act have a horrible way of turning otherwise law-abiding citizens into criminals.

The SAFE Act, in its entirely, certainly fits the latter.

Even if the SAFE Act doesn’t go away entirely, it’s definitely time to stop making law abiding citizens jump through an inordinate number of hoops just to exercise their Second Amendment right. I certainly hope something changes this upcoming legislative session. Concealed carriers in New York deserve it.

Previous article: Constitutional Carry Bill Makes It's Way To Georgia Next article: If You Need A Protective Order, VA Lawmakers Want To Make Sure You Can Also Carry A Concealed Handgun