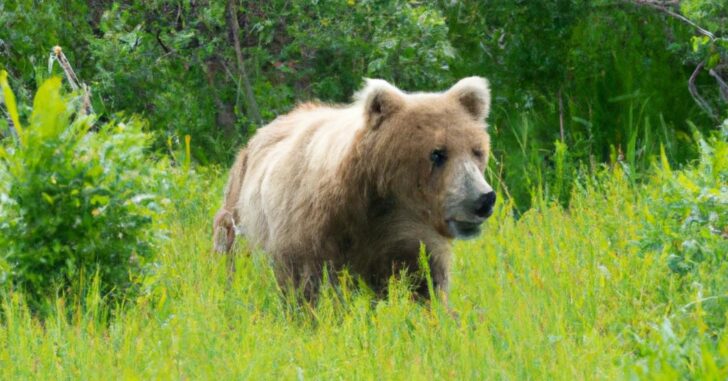 ANCHORAGE, ALASKA – A nine-year-old boy was attacked by a brown bear while hunting with a family member north of Anchorage, Alaska. The bear attacked both a 41-year-old man and the boy.

The two hunters came across the bear sow with her cub and the boy was left with very serious injuries. The 41-year-old subsequently responded by shooting the bear dead. The two were related family members but law enforcement has not disclosed their relationship.

Both of the hunters were taken to a local hospital for treatment.

Local law enforcement is looking into the possibility that the bear is the same bear known in the area to have caused havoc on chicken coops and the local turkey population.

This kind of story is a reminder to be prepared to have the necessary equipment when you go on outdoor excursions or going hunting. Know your area. Are you likely to run into bears or wolves when going into remote areas? Consider bringing an additional sidearm to add as specified protection in the event of running across aggressive wildlife that you’re not expressly hunting.

However, also know your local regulations regarding eliminating a bear or aggressive animal outside of the animal’s designated hunting.

Additionally, continue to be aware of your surroundings. Even if you’re hunting from a tree stand, bears are known for climbing trees and still attacking hunters.

Consider this Concealed Nation article discussing some of the things to consider when it comes to “bear guns” and being prepared for when going into the woods.

Previous article: 'Peeping Tom' Shot At By Child's Father, No Charges Filed Next article: The GLOCK AR-15 Might Be Coming Soon, Photos Leaked