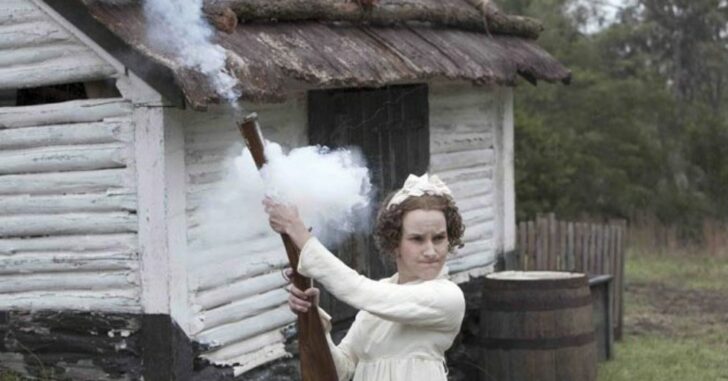 In a perfect world, everyone would know not to fire warning shots. Unfortunately, Hollywood has made them almost part of our cultural lexicon. But don’t fall for Hollywood training on self-defense when it comes to warning shots. Or pretty much anything else for that matter.

Why not keep the warning shot in your toolbox should you have an opportunity to employ it?

Well, make no mistake that discharging your firearm in a confrontation will constitute use of “deadly force” to police and prosecutors. If circumstances do not justify shooting a bad guy (or girl) between the eyes, then circumstances don’t justify a warning shot. Period.

What’s more, depending on your cosmic karma, that warning shot projectile may get drawn magnetically to the busload of widows and orphans parked downrange. Or a neighbor’s child. Or someone you love.

Not only that, but firing a warning shot wastes precious ammo. If you have a five-shot revolver, you just expended 20% of your fight-stopping capability. Remember, using handguns involves shooting a peanut-sized piece of lead a modest velocities. A single handgun-round hit may not stop a motivated bad guy. In fact, it might just irritate them.

Additionally, in the heat of a fight, you may miss your target 80% of the time just like cops tend to do. What to have a really bad day, Kemosabe? Bring a five shot revolver to a confrontation, fire a warning shot then miss with the other four rounds.

Lastly, and perhaps most importantly, that warning shot may in fact prove counter-productive.

You read that right. The odds of you getting a virgin violent criminal actor victimizing you stands at slim to nil. They may have enjoyed looking down a muzzle of a cop’s gun at an earlier time.  Or that of another crime victim’s pistol more than once earlier in their lives.

If a potential victim shows that they don’t want to shoot the bad guy by pulling away and firing a warning shot into the air or into the ground, Mr. or Mrs. Bad Person may think the good guy doesn’t have the stones to shoot down another person, even if that person has deadly intent.

Two recent shootings in Illinois show just that. In both cases, the good guys desperately wanted to avoid shooting someone. In one case, a farmer fired not one, but two warning shots. With each warning shot, the man’s attacker grew more fearsome and aggressive in his attack.

The attacker, already angry over crashing his truck, had a blood alcohol three times the legal limit.  After two warning shots, he attacked the farmer a third time sensing the reluctance of the good guy to shoot him.  In the end, the angry and intoxicated aggressor chose poorly.  Moments later, he died in a ditch from a ruptured femoral.

In the other case, a man fired over his attacker’s shoulder.  At that point, the female attacker apparently made some sort of comment to the effect, “Oh, you really aren’t gonna shoot me, are you?”

Sensing his reluctance to shoot her, she continued to advance upon the drawn gun while threatening to shoot her own gun she pretended to have behind her back.  Whereupon the good guy drilled the next round into her gut at patty-cake distance. She chose poorly as well, but alcohol intoxication does that to people. Fortunately for her, her victim rendered aid after shooting her, potentially saving her life.

In short, do not fire warning shots. Contrary to Hollywood make-believe, they may not only fail to discourage an attack, but they may in fact embolden an attacker.