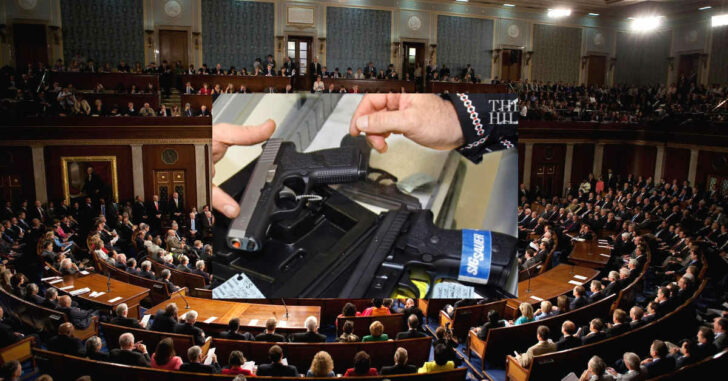 WASHINGTON, D.C. — The U.S. Senate voted down a regulation that required people who receive disability benefits and have a mental health condition to be reported into the FBI’s background check system. The former regulation, instituted under President Obama, effectively inhibited or outright prohibited those with mental health conditions and receiving social security benefits from being able to purchase firearms.

A similar bill was proposed in the House of Representatives and passed. The Senate has recently voted 57-43 against the regulation. President Trump will need to sign the bill into law before it will take effect.

On both sides of the aisle, there have been statements regarding whether or not the regulation was, indeed, a good or bad thing. The Senate Majority Whip for the Democrats argued that it was a feasible regulation and should have been revised, not repealed.

“If there are problems with this rule, they can be addressed by fixing it,” said Senate Minority Whip Richard J. Durbin, Illinois Democrat. “But the Republican response is always repeal first.”

“It results in reporting people to the gun ban list that should not be on that list at all,” said Sen. Charles E. Grassley, Iowa Republican and chief sponsor of the effort to repeal the Obama rule. “It deprives those people [of] their constitutional rights and, in a very important way, violating their constitutional rights without even due process.”

Senator Chris Murphy, from Connecticut, countered that statement with a need to prohibit those with mental disabilities from having access to firearms. In his argument, he stated that people with serious mental illnesses ought not be able to purchase a firearm.

“The [Congressional Review Act] we have before us today will make it harder for the federal government to do what we have told them to do for decades, which is to put dangerous people and people who are seriously mentally ill on the list of people who are prohibited from buying a gun,” Senator Chris Murphy (D-Conn) said from the Senate floor.

In the end, Senator Mitch McConnell, the Majority Leader for the Republicans, said the regulation was unfair to those with disabilities, in addition to violating individual’s right to keep and bear arms.

“The reality is that, like us, they believe the regulation is simply bad policy, places an unfair stigma on those with disabilities and violates their constitutional rights which is why a wide array of groups oppose it,” Majority Leader Mitch McConnell said from the Senate floor.

This is certainly an interesting topic, especially as concealed carriers, because we usually undergo multiple background checks between the purchasing of a concealed carry handgun and obtaining an actual permit.

So what’s your opinion on the regulation of arms for those with mental illness? Should it be a decision made by the individual or the state? Tell us in the comments section below.

Previous article: Permitless Concealed Carry In Utah Dies In House Committee Thanks To Lobbyists -- Better Luck Next Time, Utah Next article: The Concealed Carry Package: What Items Do You Really Need To Have?