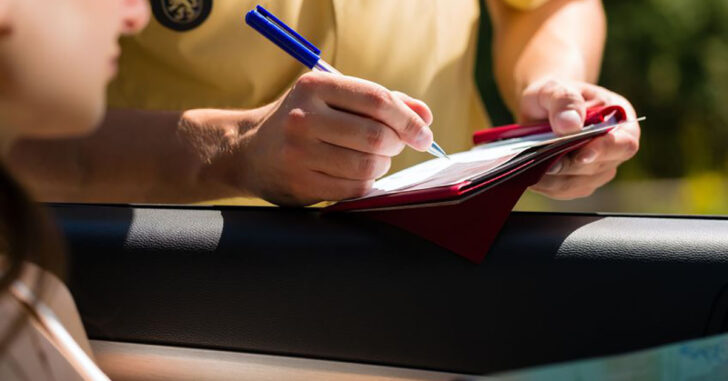 ORLANDO, FLORIDA — In a moment when you have no control over the situation, things can get frustrating and scary very quickly. That’s what happened to 64-year-old Daniel Rushing when he was pulled over by police for speeding back in 2015.

NPR.org tells us the story, and includes a crucial piece of information;

As Rushing drove away from the convenience store, police pulled him over. The officer said he had been driving 42 miles an hour in a 30 zone and had failed to come to a complete stop before entering the roadway. When Rushing handed over his driver’s license, Officer Shelby Riggs-Hopkins noticed his concealed-weapons permit. Rushing confirmed he had a pistol, and she asked him to step out of the car for her safety.

The officer then asked if police could search his car, and Rushing said sure — if it meant he wouldn’t be ticketed. Rushing watched as the officers, who now numbered four, conducted a very thorough inspection of his car.

When Riggs-Hopkins confronted Rushing after finding a white, flaky substance on the floorboards. Rushing said that they were pieces of frosting from Krispy Kreme donuts that he had eaten earlier. The flakes were tested twice during the stop with field tests. Both came back positive. He was arrested for possession of methamphetamine and sent to jail.

Weeks later, the crime lab again tested the substance and found them to be of legal decent. Rushing was telling the truth that they came from a delicious donut.

The outcome, 2 years later, was a check awarded to Rushing for the mistaken arrest.

Rushing, a retiree from the Orlando Parks Departments, received a check for $37,500 last week and told the Sentinel he’s pleased with the outcome of his case.

Cpl. Shelby Riggs-Hopkins wrote in a Dec. 11 arrest report that she noticed flakes on Rushing’s floorboard. The police department at the time said the arrest was lawful and didn’t explain why the glaze tested positive for amphetamine in both field tests.

But the real story here for us is the search of the vehicle after Rushing was found to have a concealed firearm with him. The officer asked Rushing to get out of the vehicle for her own safety, and that’s when the decision was made to do the search.

If anything else transpired during the stop, I’m not aware of it. It seems that Rushing was cooperating with police as they had asked, and it doesn’t seem like there was any cause to search his vehicle. Would things have been different if the officer never saw Rushing’s concealed carry permit? Possibly.

It opens up the big debate about whether or not to tell an officer if you’re carrying. By law, many states require this information to be given to an officer anytime there is contact with that officer. Florida happens to be one of those states that requires you to inform the officer only if asked.

The permit could have had nothing to do with the vehicle search but from my chair, it seems that it played a part in the officer’s decision to want to search the vehicle.

Previous article: FOLLOW UP: Woman Who Thwarted Kidnapping Reveals Gun Used, And Incident Details Next article: 81-Year-Old Shoots Attempted Burglar With .22 Pistol, And It's Enough To Send Him Running