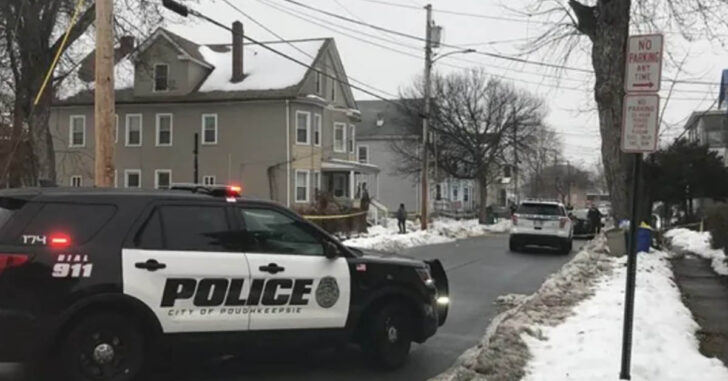 POUGHKEEPSIE, NEW YORK — There is a lot written by legal experts on what you should do after a self defense shooting. This particular armed citizen seems to have done everything recommended by most of those experts. It definitely worked in his favor.

At 12:09 p.m. Monday multiple calls were made to 911 reporting a shooting in the area of Morgan Avenue, according to police, which noted one call came from the shooter, requesting emergency medical services respond to the scene.

The 21-year-old had suffered multiple gunshot wounds, police said. He was transported to a local hospital and pronounced dead at 12:58 p.m. A handgun was recovered from under the man, according to police.

The 24-year-old had already unloaded the handgun used and placed it on a seat of his vehicle when police arrived and retrieved it. The man holds a Dutchess County Pistol Permit, police said and, after claiming self-defense, he requested a lawyer.

The shooter was brought into police headquarters, where a public defender called on his right to remain silent, police said. He was released and, as he has not been charged with a crime, “no restrictions on his movement can be made,” Clark said.

The report does not provide information as to what led to the shooting. However, it does recount all the events that took place next. After the shooting happened, the armed citizen called for medical help immediately. He identified himself as the shooter and waited for the police to arrive.

As he waited for police, he unloaded his firearm and left it in the vehicle; off of his body. When police arrived he surrendered peacefully. He explained the shooting was an act of self defense and provided the necessary details of the shooting. Following that, he immediately asked for an attorney.

Upon meeting with his attorney, he listened to the recommendation and utilized his right to remain silent. After doing all of these things, he was released.

Police said that evidence at the scene did not dispute his claim of self defense. Additionally, witnesses have come forward and corroborated his story.

Because this young man followed good policy on what to do after a self defense shooting, his time in custody was extremely limited. While the grand jury reviews all the evidence, he is not stuck behind bars, but rather free to live his life without any travel restrictions.

Previous article: Jack Wilson, The Hero Who Stopped The Gunman In The Texas Church Shooting, Speaks Out Next article: What Not To Do: Concealed Carrier Opens Fire In Walgreens, Shoots Robber Fleeing The Store