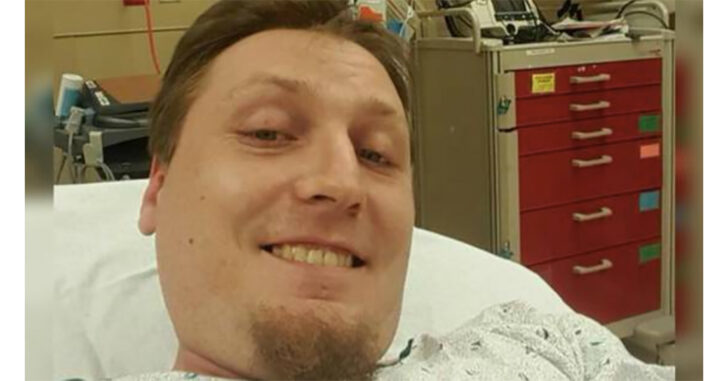 “What we know right now is the two subjects who were shot were both armed.” That’s part of a carefully worded statement from Independence (Missouri) Police Department spokesman John Syme. He was talking — as little as humanly possible — about an incident last week in which both an innocent man and a suspect who had threatening a group of people in a store were shot by police.

When Mike Becker received the frantic call on Tuesday that a gunman was threatening his family at the nearby Dollar General, he said he immediately took off with a handgun.

The Independence man ran to the store shortly before 6 p.m. and saw the gunman pounding on the glass door. Inside, his wife, 4-year-old adopted daughter and about 30 others huddled together, terrified, toward the back of the store. His wife hid the girl behind bags of dog food.

Becker got to the store before police arrived. When they rolled up on the scene, all they saw was a man with a gun…Becker.

When police arrived minutes later, witnesses said, Becker dropped his handgun, raised his hands — and then an officer with a rifle shot him in the hip.

The gunman Becker confronted was initially concealed from police behind a cooler, said Raymond Watts, 28. The Kansas City man said he was in a vehicle with his two children on 23rd Street near the store.

Witnesses were astonished that the cop with the rifle opened fire on Becker.

“I was figuring, ‘How the hell do they shoot him?’ He never pointed a gun at the cops,” Watts said. “He complied with everything they said … and then you heard a pop.”

“His gun was on the ground,” (Whitney) Thomas said. “He didn’t have it in his hands any longer.”

And based on Becker’s account of what happened, he’s lucky to be alive.

Becker, recovering at home and hardly able to walk, declined to comment about the exact nature of the shooting, on advice of a lawyer.

But he said he heard four shots and felt a bullet hit him.

Four shots at a man who, according to at least two witnesses, had dropped his firearm…just as any gun owner should do for their own safety when the police arrive at the scene of a crime. Becker’s lucky the Independence cops aren’t better shots.

The good news is he’s expected to make a full recovery. The IPD also apprehended an un-named suspect — the actual bad guy with the gun — after wounding him in a shootout.

From the media report, it sounds like Becker did everything he was supposed to do when the police arrived. Which only serves to demonstrate what can happen when a group of adrenaline-fueled LEOs respond to a call reporting a man with a gun. No matter how compliant and careful you may be, there’s always the chance that a cop (or cops) with an itchy trigger finger may react badly.

You have been warned.

Previous article: Homeowner Blasts Acquaintance With a Shotgun, Gets Placed in Cuffs Next article: What To Look For When Buying a Used Firearm