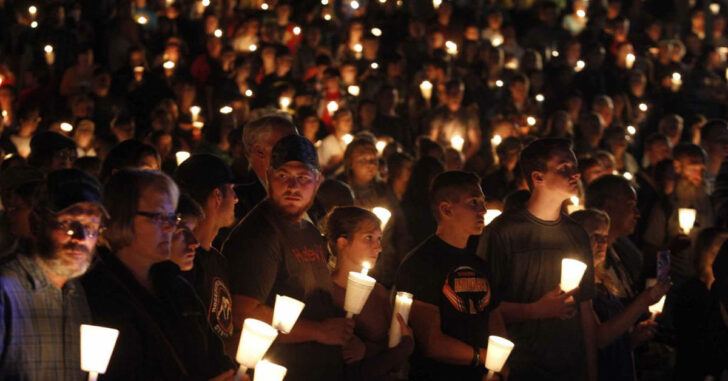 Let me be clear: this article is not meant to undermine the tragedy and loss incurred through mass shooting events. Whether they happen domestically or abroad, the pain they cause is very real. But I do find it interesting that according to a recent study by the Crime Prevention Research Center (CPRC), a majority of mass shooting events occur overseas.

In order to discuss this topic, I’m first going to need to define what constitutes a mass shooting. We’ll go with the FBI’s own definition — something the CPRC also uses.

According to the FBI, the term “mass murder” has been defined generally as a multiple homicide incident in which four or more victims are murdered, within one event, and in one or more locations in close geographical proximity. 1

Now, this term has been politicized and used in all sorts of agendas but ultimately, when we look at the statistics, we see a stark thing arise: countries where people aren’t armed generally suffer more than the United States.

Let’s break down that logic. Someone with the intent to commit harm to others has a much greater chance of going through with it if he’s not worried someone else will shoot him first. In countries where the only armed segment of the population are some civil servants (police, etc.), the people in that scenario are wholly dependent upon that class of people to defend their lives from assault.

The CPRC breaks it down further. We’re seeing “first world” countries such as France experience some of the most catastrophic losses due to mass shooting/mass murder events. The CPRC limits its study to just those where a firearm is used. That means events where the murderer uses a vehicle or other means to inflict violence, it’s not counted.

When we look at France, we see events like the Bataclan shootings — where 130 people lost their lives and over twice that injured — all because gunmen were able to attack with impunity. The German Christmas shootings in Berlin were another heinous example. Looking for times when we wish someone was there to stop bad people from hurting and killing others isn’t hard to find. But it’s an issue that’s not relegated solely to the United States.

The CPRC alleges in their study2 that Europe suffers a far greater extent in their mass shootings than the United States. According to their estimates, a person is 25% more likely to be the victim of a mass shooting murder. Of course, they use a population area of the entirety of Europe which appears to include Turkey and Russia.

It’s a very different geopolitical climate over there but we certainly can see a noted increase in the number of publicized mass shootings. The big thing to keep in mind is that when there are no “good guys” in the crowd, bad guys have free reign to commit whatever heinous acts they want.

My sincerest hope isn’t to convince you that our mass shootings aren’t a thing to be concerned about. If anything, my hope is that you will carry your concealed handgun every single day. There are plenty of times that the good guy with the gun was there to stop or lessen the pain and anguish caused by bad guys targeting what they thought were unarmed, unprepared people. If you can be that good guy, great — but it’s not your job. Your job is always to get yourself and your family to safety and defend your life.

Previous article: Pro-Gun Bills For Florida In 2017; Is Open Carry On The Way? Campus Carry? Next article: Pepper Spray: A Less-Lethal Tool Even For Tough Guys