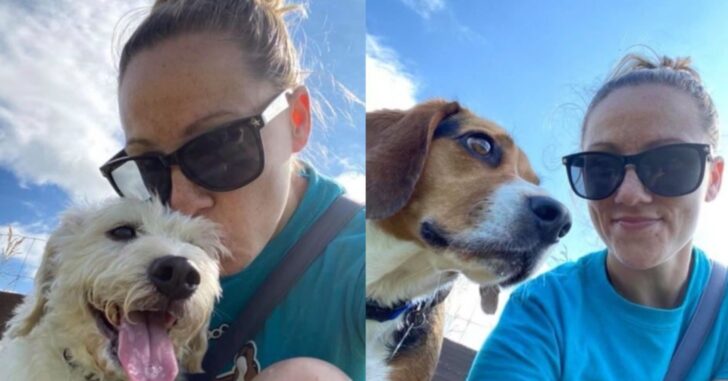 WAUKESHA, WISCONSIN — A 39-year-old man is in custody after setting multiple vehicles on fire, running an elderly man over, and lighting a woman on fire as she walked her dogs.

Amber Fuller, a massage therapist, was getting ready to head to work Wednesday morning. It was around 8:45 a.m., and the 30-year-old was walking her two dogs, BB and Brady when their normal routine was flipped on its head. Christine Fuller said at first, she thought Amber had been in a car crash.

She said her daughter told her a man came up behind her, and as Amber ran to get away, the person threw accelerant on her. Amber tripped and fell to the ground. The man then ignited the accelerant.

The woman is in the hospital with 2nd and 3rd degree burns.

The condition of the man hit by the car is not immediately known.

This is a story of one of two things: The man is either crazy, or he snapped and went on a rampage in light of the events going on in this country. Or both.

Attacks on people as they go about their daily lives isn’t new, but it is being reported with more frequency due to recent events. And with the state of the country, it’s the best time ever to do what you can to keep yourself safe. Not that it wasn’t important before, but more people are waking up to the fact that they are responsible for their own safety.

The woman in this story had the option to run, which she did. She didn’t make it far, though, as she tripped and fell during her escape attempt. Prior to that escape, or after the fall, could have both been ideal moments to draw a firearm or other self-defensive tool in an effort to stop this man from doing harm.

In that moment, it was her against the attacker. No one else was there to give her immediate assistance, and that’s why we all need to take a serious look at what we have to defend ourselves.