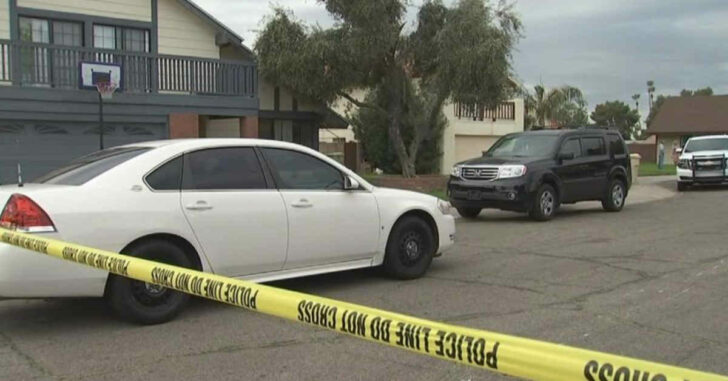 GLENDALE, ARIZONA — A homeowner awoke to the sound of two intruders entering his home. One of the intruders grabbed his legs and asked him where his gun was located. Before he answered, he was hit in the head with a hammer and the two intruders took off.

“I woke up,” the homeowner said. “The dude was standing in front of me, holding my legs, asking me where my gun was. I realized it was right next to me. I grabbed it, pointed it at him and started yelling at him. Should have shot him but he took off running.”

Unfortunately, by this time, he had already been struck in the head with a hammer.

I would like to point out that the homeowner held his fire while the intruder was fleeing the scene. That is absolutely correct. If a dangerous threat retreats, he’s considered neutralized. Unless he is shooting at you while fleeing or otherwise attempting to inflict harm upon you, you can’t shoot him.

So, the homeowner had the uncomfortable dilemma of having to wake to full consciousness and deal with a life or death situation. He hesitated and the bad guys escaped.

In another home invasion over in Macon, Georgia, another homeowner ran into a similar predicament and his choice was to barrel out of his room, gun in hand. The intruder was so scared he dropped what he had and ran.

But each home invasion is different. The two things linking the event in Macon, Georgia, and this one in Glendale, Arizona, is the likely premeditation on behalf of the home intruders.

While Glendale police weren’t able to identify either of the suspects involved in this home invasion, the homeowner believes he recognizes the voice of one of the intruders from some contract home repair.

It’s likely that this home intruder, if that ends up being the case, had prior knowledge of the home and knew a decent time to hit the home.

The better the planning, the worse chance a gun owner’s situational awareness can save them.

Bad guys who plan tend to plan on taking the easiest access point. If you can identify that access point before they do, you stand a shot at stopping them from getting in as quickly.

Every time you slow down an intruder from breaking into your home, force him to make more noise, and generally frustrate his attempts to gain entry, you gain yourself added time to become aware of the attempt, adequately protect yourself, and notify police.