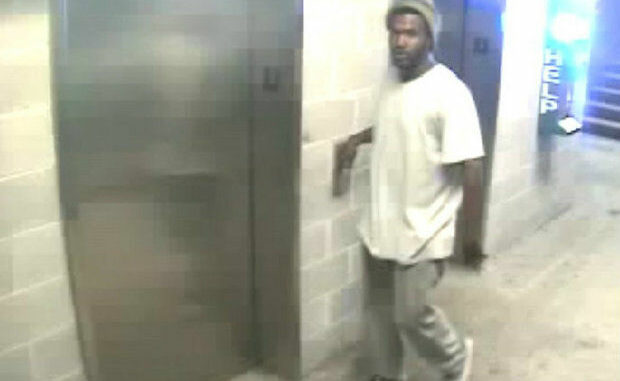 At the University of Alabama at Birmingham, four students found themselves face to face with an armed man while they were on their way to get food. This man held them all at gunpoint and forced the women to perform oral sex on the male victims.

The victims were then robbed, and three of the four were injured during the assault, one seriously. The entire incident was apparently captured on surveillance video and officials say they have a very clear image of the armed man’s face.

Hours earlier, another violent robbery was reported on the same campus. That victim was kidnapped and robbed at knife-point in broad daylight, but that suspect was found and caught a short time later.

Edwards said there have been several other robberies at the same location in recent months. Dillard, he said, is a suspect in those robberies. He was also arrested for robbery and carjacking in February and in March, also at University House.

The armed man in the first incident described above, however, has yet to be caught. Campus police presence is going to be stepped up to keep a better eye on things. This is a perfect example of how police simply cannot be everywhere at the same time.

Below is a list that UAB police offer as safety tips for robbery on campus (and anywhere else, presumably). Notice that the list doesn’t say “defend yourself against an armed robbery with your own firearm” because, well, that’d be illegal.

– Being robbed may be one of the scariest things that you will ever face. It’s important to remain calm and don’t show fear.

– If at all possible, walk with others—there is safety in numbers.

– Never resist a robber. The robber wants your valuables, not you! Items can always be replaced…you can’t.

– Always be aware of your surroundings and stay in lighted areas at night. The robber does not want to be seen.

-Everything that you remember about the person can help the police in their investigation. The police will want to know what they were wearing, facial appearance, scars, tattoos, hair color, eye color, vehicle information (tag, color and type), and anything else that would make this person stand out.

-Immediately call the police after the robbery.

See those areas in bold above? Let’s pick them apart one by one.

#1: If at all possible, walk with others—there is safety in numbers.
This was done, in fact there were four of them together, yet they faced a man with a gun and had no way of properly defending themselves.

#2: Never resist a robber. The robber wants your valuables, not you! Items can always be replaced…you can’t.
This is, at best, a ridiculous statement. Three of our four victims were assaulted and required hospitalization. Don’t fool yourself, a single punch can be lethal.

#3: Everything that you remember about the person can help the police in their investigation.
I know a way to make this even easier for police: let them see what the bad guy was wearing in person, as they lie on the ground after being shot by an armed citizen defending themselves.

Safety isn’t a game, and College officials across the country should start to take note of this. Violent crimes happen on college campuses every day. It’s the rights of the students and faculty to be able to adequately protect themselves without breaking the law.

This armed criminal didn’t seem to mind that he was in a gun free zone with his handgun. Do you get it yet?

Utah has it right.