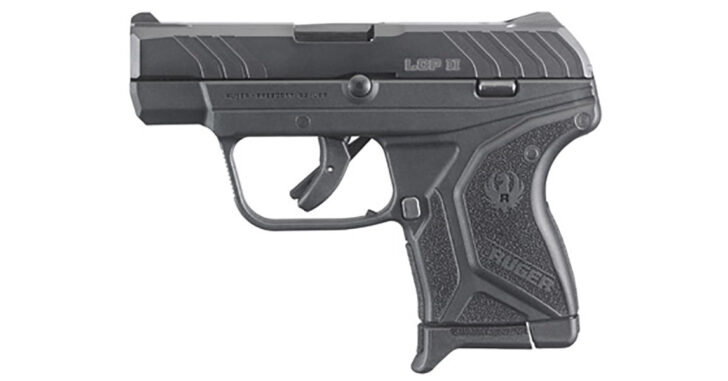 VIRIDIAN® has just announced their new laser and light accessories for the new Ruger LCP II handgun. We have yet to get our hands on the new LCP, so hopefully we’ll be able to review one soon.

Viridian® announced today the company is now accepting orders for its new product line of laser/light accessories specifically engineered for the new Ruger® LCP® II handgun. “Viridian has been working closely with Ruger for quite some time in anticipation of this very exciting new firearm,” said CEO/President of Viridian, Brian Hedeen. “Our engineering and R&D teams have done an excellent job developing a phenomenal new line of laser and light accessories for the LCP II. As Donald Trump might say, it’s going to be HUGE!”

The development of green laser sights is at the core of Viridian’s heritage and expertise. As the market leader in this technology, Viridian launched the industry’s first green laser sight for the Ruger® LCP® in 2013 and is currently still the only manufacturer to offer a green laser for that handgun. It is anticipated that Viridian will have a similar market position with the new Ruger® LCP® II.

Distributors, wholesalers and dealers are encouraged to place orders now for these new products with anticipated ship dates being the latter half of Q4. For more information and inquires, contact Viridian’s Director of Sales, Andy Scott at [email protected] .

Viridian® is the fastest growing laser sight manufacturer in the nation, responsible for a number of industry-leading product innovations in green and red laser sights, taclights, ECR® INSTANT-ON® technology, TacLoc® holsters, LED weapon-mounted illuminators and shooting accessories. Headquartered in Minneapolis, Minnesota, Viridian® is dedicated to the innovation and design of compact, weapon-mounted, self-defense products for the conceal & carry, civilian, military, and law enforcement markets. Viridian® products are designed and built in the USA.

Previous article: #DIGTHERIG - This Guy and his S&W M&P Pro C.O.R.E in a Custom Made Bratta Holster Next article: Do You Have A Summer Gun And Winter Gun For Concealed Carry?