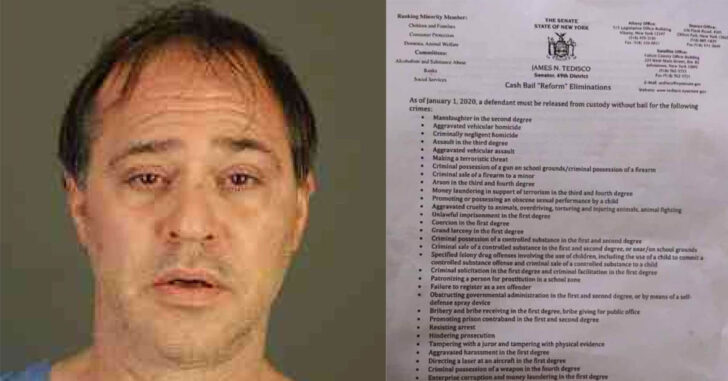 ALBANY, NEW YORK — At midnight on January 1st, new bail reform laws went into effect in The Empire State. The laws have come with much controversy, and have been highlighted even more after a man was released from custody today following his arrest for manslaughter.

On Thursday, Albany County District Attorney David Soares highlighted the release of 52-year-old Paul Barbaritano — a man charged with choking and stabbing a woman to death in a Brevator Street apartment last July — as a tragic example of the failure of bail and discovery reforms swept into law in last year’s state budget.

While the defense says that the incident was a sexual encounter gone terribly wrong, the prosecution is calling the man’s actions negligent, which resulted in the death of another person.

Even if a judge wanted to hold Barbaritano, he or she would be powerless to do so.

Other crimes where the reform law come into play are shown above. They include;

Many are trying to have the law overturned, but it’s an uphill battle that will likely take a long time to correct. If ever.

Previous article: Bloomberg On Texas Church Shooting: Average Citizens Shouldn't Carry Guns "In A Crowded Place", Only Police Should Have Guns [VIDEO] Next article: The Top 5 Biggest Stories On Concealed Nation In 2019