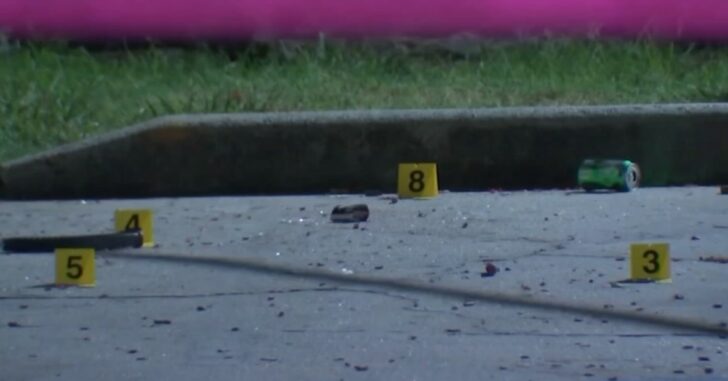 HARRIS COUNTY, TEXAS — An armed neighbor was paying attention to what was happening outside his apartment and came to the aid of a 58-year-old woman who was being shot at point-blank range by her own son. The woman survived the incident and is recovering from surgery. Her 22-year-old son did not survive.

Police aren’t sure what sparked the incident between the two, but it all began inside the apartment. The mother ran outside in an attempt to get away from her armed son, who followed her and fired shots.

The mother had tried to hide behind a tree, but she was ultimately located by the suspect.

A neighbor heard what was happening and grabbed his gun, eventually shooting and killing the suspect as he was shooting his mother from extremely close range.

“The way the suspect was just firing indiscriminately, just point-blank shot the mother apparently as he stood over her, was a dangerous individual that likely could have continued shooting. He was already shooting. He damaged not only his apartment, but the neighbors,” Sheriff Ed Gonzalez said. “The neighbors are shaken up because a 16-year-old daughter was sitting at the table where the shots rang out into the main living area. Another apartment was also shot up. Thankfully, that owner, we’re told, was away from the apartment at the time.”

The case will be sent to a grand jury to decide if any charges will be filed against the neighbor, which is highly unlikely to occur.

This is what guns in the hands of good people looks like, and they save lives every single day.

Previous article: Self-Defense Ruled After Drunk Shooting On The 4th Of July Between Best Friends Next article: Dick Heller Files Lawsuit That Challenges Washington DC's Limit On The Number Of Rounds An Armed Citizen Can Carry