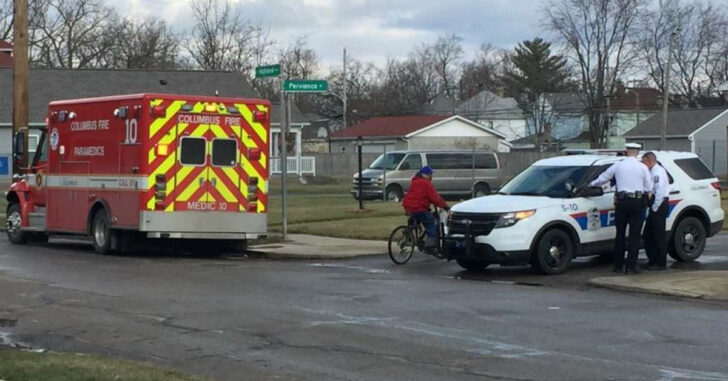 COLUMBUS, OHIO — An off-duty police officer awoke in his own home to the sound of glass breaking. He quickly got his gun and shot a burglar he discovered in his home. The burglar was shot as he tried to escape.

Coincidentally, according to 10TV Columbus News, Columbus police discover 36-year-old Jason Boswell suffering from a gunshot wound. He was taken to a nearby hospital, treated, and positively identified as the burglar in the officer-involved shooting. He was subsequently charged with aggravated robbery.

Breaking into a gun owner’s home already has to be pretty scary. Not only is the homeowner armed, but he has every incentive to protect himself. Now, it’s an off-duty police officer. There’s probably not a worse home to break into in the neighborhood.

Boswell will recover from his injuries and face charges but if he didn’t learn that he needs a new profession, I’m not sure what will.

It just goes to show you that this sort of incident can happen to anyone. It’s highly doubtful Boswell picked out the officer’s home with the clear intention of robbing him. He likely just chose the place at random and went for it.

If one fool can randomly pick an armed officer of the law’s home for a break-in, there’s another fool out there that may make the same mistake with your home. That’s why we suggest staying armed and keeping that gun close. If there is ever a situation where you need to address a potential home invasion, it’s nice to know at least you have the right tools for the job on-hand.

A good home defense plan starts with the right equipment, the right amount of practice, and a good firearm. Needing to defend yourself or your family within your own home is not something restricted to sleeping hours. This is a scenario you can run into while returning home with groceries, walking the dog, or even mowing the lawn. Your safety is always a top priority. Protect it right by carrying a gun while you’re on your own property.

Previous article: Young Man With A History Of Violence, Hopped Up On Drugs, Tries To Grab Homeowner's Gun -- Guess The Ending Of This Story Next article: Elderly Man Opens His Home To Homeless Couple, Gets Assaulted By Man -- Thankfully, He Had A Gun