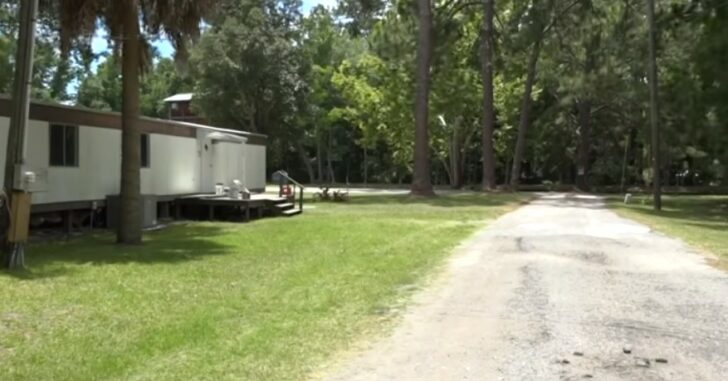 BRUNSWICK, GEORGIA – A pizza delivery driver shot and killed an alleged robber late Saturday night. Glynn County police were called to the 3100 block of Cypress Mill Road around 11:24 p.m. by the driver.

Arriving officers located a man who was dead from an apparent gunshot wound. A press release by the Glynn County Police Department stated that the driver told officers he shot the man in self-defense after he attempted to rob him. “At this time no criminal charges have been filed and the investigation is ongoing,” the news release also said.

The property owner said his son saw a pizza delivery car parked in front of a trailer he rents out, and that trailer is currently unoccupied.  “I heard what was a gunshot. I got up, and I looked out front,” Ernest Bradham said. After he didn’t see anything out of the ordinary, he went back to bed.

“Then in a few minutes, my wife came to the bedroom door and said, ‘Come look at all these lights down here at the trailer,’” Bradham said. ” I got up, went and looked out the back door, and police were everywhere.”

Bradham owns his multi-acre property along Cypress Mill Road, where he saw the man’s body lying motionless. “He looked like a pretty good-sized fellow,” Bradham said. “It’s kind of a shock for someone to be right here dead on my property that I didn’t know.”

Police did not release the names of the driver or the deceased male.