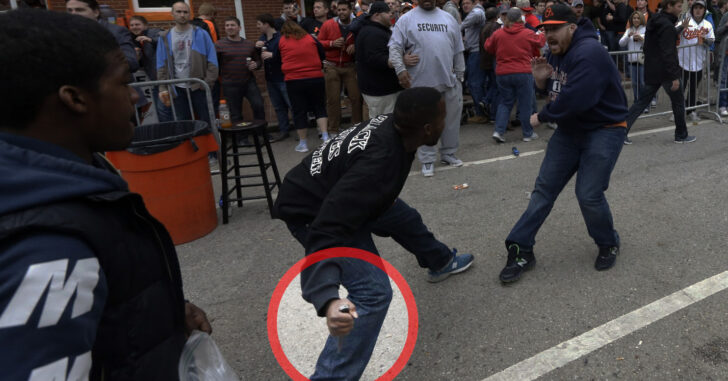 BALTIMORE, MARYLAND — With protests in full swing, chaos and destruction have been plaguing the city. Videos are popping up all over YouTube that show just what has been going on.

Rioters in Baltimore hurled rocks at police, destroyed patrol cars and looted stores as demonstrations over the death of a black man in police custody turned violent Monday.

Mayor Stephanie Rawlings-Blake called the rioters “thugs” and said the city was imposing a 10 p.m. to 5 a.m. curfew starting Tuesday.

This is a simple message: If you’re in the area of Baltimore, it’s best to stay away from any of these areas of distress as much as possible. It’s also probably a good idea to carry your firearm with you at all times.

PS: This isn’t the way to protest. You all look like fools.

Previous article: Woman Shoots Abusive Ex-Boyfriend In Self Defense, Will Not Face Charges Next article: Negligent Federal Air Marshall Leaves His Gun Behind In Airport Bathroom Stall, When It Should Have Been On The Plane To Protect People