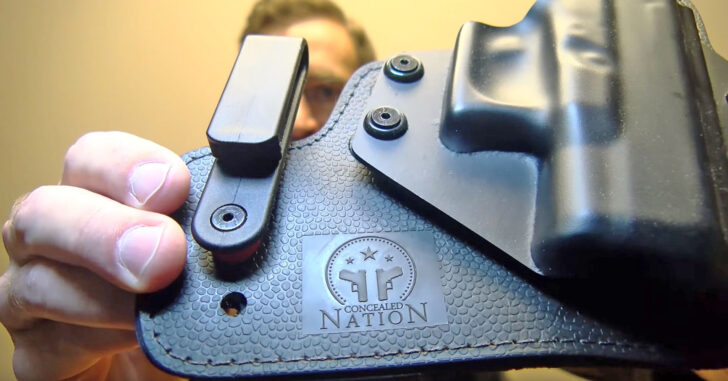 INDIANAPOLIS, INDIANA — In the throes of a year marked in Indianapolis as dangerously violent, Indianapolis Metro Police are under scrutiny for how they are counting gun-related deaths. In 2016, according to IMPD statistics, 161 homicides have occurred within the city limits — 144 of those are categorized as murder.

One self-defense attorney stated for FOX News 59 Indianapolis that though the numbers are high, how they are tallied can be deceiving.

David Hennessey, an attorney-at-law, alleges that the numbers do not account for cases where the culprit, who may have been involved in illegal actions, was actually justified in his own self-defense.

“I think they absolutely charge some cases of murder that may be lesser crimes,” said Hennessy. “I think they charge murder when there is clear evidence of self-defense, should not be charged, should not go to trial and then when they lose, they still call it a murder.”

A case is related from back in September when two men were shot and killed in an alleyway after they attempted to rob a drug dealer at gunpoint. While the drug dealer was in the wrong, obviously, for being in possession of illegal drugs with the intent to sell, he was justified in using deadly force in defending himself from two armed robbers.

“You have the right to use deadly force to prevent the threat, imminent threat, you don’t have to wait to get hit,” said Hennessey. “It could be serious bodily injury or death so you can kill someone that is gonna beat you up.”

Because the number for 2016 is much higher than perhaps in previous years, gun violence advocates may be quick to point at guns as the problem. In reality, it appears that violent crime is up but how the violence is reported may unfairly skew the statistics towards murder versus justifiable homicide.

A big problem, cited by the news, seems to relate to Indianapolis Metro Police Department’s reporting mechanisms. There does not appear to be a clear way to distinguish well between different types of gun-related deaths. A homicide, for instance, isn’t delineated between ‘justifiable’ and ‘unjustifiable’. It’s just homicide. Murder, however, is the criminal intent to take another person’s life. That doesn’t require too much more granularity when it comes to overall statistic methods.

And, in a large number of cases, a shooting has not been officially ruled by the District Attorney’s office. Investigations may still be underway even though bodies still need to be accounted for.

“By far the vast majority of murders are people that know each other,” Hennessey said to FOX News. “People aren’t running out around killing people that they don’t know.”

To take one example, if a man breaks into another man’s home and the occupant shoots the burglary suspect, it’s counted as a homicide if that suspect dies. Conversely, if the burglar shoots the occupant and the occupant dies, it’s considered murder. That much delineation is clear in the basic statistics. However, homicides are lumped together by groups. There are gun-related homicides — which may cover a range of scenarios from defensive gun use and justifiable homicide to negligent homicides which would result in criminal action.

So, when we look at these gun violence-related statistics, we really have to ask ourselves how much of it is criminal and how much is defense. Every person has a right to defend his or her life from violence. Even, in that limited case, the drug dealer who was being mugged in an alleyway. Granted, that doesn’t absolve him of further charges related to his actions, but it certainly paints a picture that not all raw statistics are as they seem.

This may also be another reason why the federal government and other reporting agencies tend to incorporate a delay between reporting a year-end statistic. There are factors that must be accounted for. Regardless, 161 is a lot of people to lose in a year — 144 from murder. Keeping in mind that the majority of these murders occur from people who know each other, one has to keep a more solid grasp on whether or not one is prepared rather than whether or not the statistics will favor him.

Previous article: Off-duty Police Officer Shoots, Kills Fugitive After Bad Guy Plows Car Into Vehicles In Parking Lot Next article: Not All Home Intruders Get Out So Easy -- One Shot, Killed By Homeowner During Incident