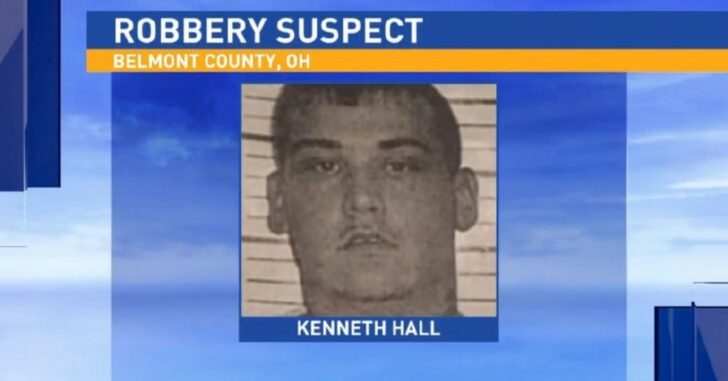 TILTONSVILLE, OHIO — A missing suspect involved in an armed home invasion was located by police. Kenneth Hall was listed as missing after the homeowner believed he shot Hall twice in the legs but Hall still escaped.

According to Belmont County authorities, Hall is now in a nearby medical center receiving treatment for what will likely be two blown out knees. The two suspects broke into the home and assaulted the homeowner. Both wore masks. The homeowner managed to retrieve his pistol and open fire striking Hall in both of his knees.

“We got a call from 911 stating that the individual was here at the residence. We gained entry and located him,” said Yorkville Police Chief John Morelli. “He had two gunshot wounds to both of his knees.”

Someone turned in Hall to the authorities. Whether it was him, seeking medical attention for two permanently injured knees or someone who knew he needed help, that information is not evident at this time.

What is clearly known is that if the homeowner had not been able to retrieve his gun, he likely would have been overpowered and helpless to stop the assault.

This is why it’s so important to keep a gun nearby while you’re in the house. It doesn’t take a lot of planning or even a lot of work, but we’ve reported on countless cases of homeowners who were able to retrieve their firearms in time to stop what could otherwise be an imminent, deadly threat.

The ardent practice of self defense requires the individual to make that conscious decision to defend himself. It’s not a hard decision to make. We can’t anticipate when someone will burst through the door with a violent intent. That’s why it’s within all law-abiding gun owner’s best prerogative to remain armed even while in the home.

It’s your home, your life, and your family who all depend on you. Stay armed in the home.