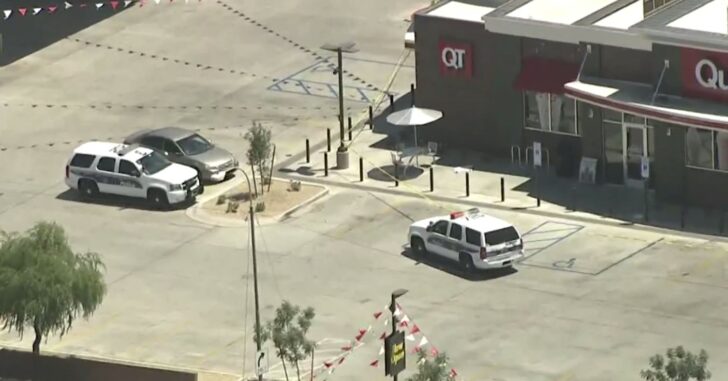 PHOENIX, AZ — Two men became so involved in a physical altercation in a gas station bathroom in Phoenix, Arizona, that one man produced a firearm and shot the other.

In a gas station bathroom, for crying out loud.

A lot of the information on this case is still cursory, as KPNX reports it, but then again, whatever caused a gas station bathroom deadly brawl is perhaps better left unsaid.

“According to the Phoenix Police Department, witnesses reported seeing and hearing an altercation between two men in the bathroom of the gas station.

“One of the men shot at the other during the altercation, witnesses told police. The shooter cooperated with the officers and alleged that the other man was physically assaulting him, police said.”

Furthermore, it was reported that the man shot died at the hospital of his wounds.

First, as the robust lovers of the Second Amendment that we are, it is often our default to side with the man who draws the gun and pulls the trigger. But it’s important to remember in cases like these we just do not know what went down.

Hopefully, the shooting was done by the good guy and was justified.

Either way, this goes to show you just never know what is going to happen — even in a gas station bathroom.