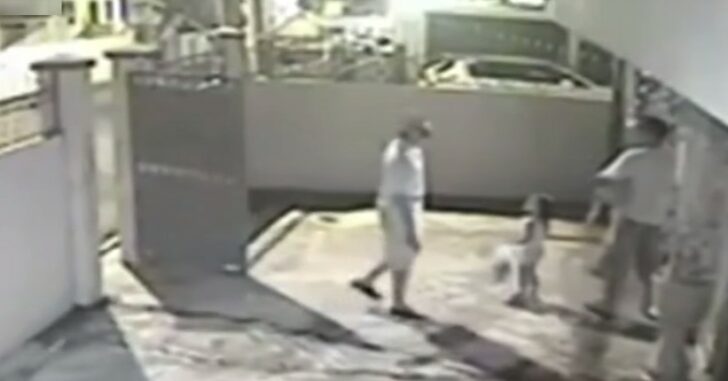 First of all, GFY for leaving a child in a dangerous situation such as this. That’s just absolutely unbelievable and unthinkable to me.

Second, if you watch the video closely, this ‘man’ had numerous chances to defend himself because this robber wasn’t paying attention at all. He had chances at 18 seconds, 23 second, 32 seconds, 35 seconds, and basically the whole time the guy was standing right next to him with his arms at his side.

But instead, he hightails it out of there at 42 seconds in, leaving his little daughter behind with two armed criminals.

Even if the man wasn’t carrying a firearm to defend himself and his daughter, he could have at least made an attempt to use his size, and the robber’s inability to maintain focus on his victim, to his advantage.

Way to go, man. It’s time to hand in your Man Card, your Decent Human Being Card, and your Parenting Card immediately.

Before anyone comments with “you weren’t there, you don’t know the situation”, that is obsolete to me in a situation like this. I see no reason ever to leave a defenseless child behind when faced with danger.