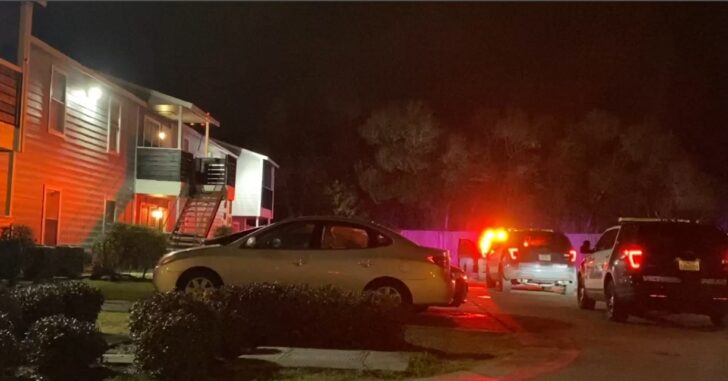 VICTORIA, TEXAS — An exchange of gunfire during an attempted home invasion left a 31-year-old woman with a gunshot wound and three teens in trouble with the law. The foursome was intent on breaking into an apartment to assault the occupants and take some unspecified property.  The incident occurred at the Silvermine Apartments in the 6800 block of North Navarro Street.

Investigators have determined that a group of four suspects attempted to break a window in an apartment with the intent to take some property and fight with the occupants, in what police believe is a continuation of a previous altercation between the parties.

During the attempted break-in, a 34-year-old woman in the apartment shot at the suspects. The suspects then returned fire, before fleeing the scene in a vehicle.  That vehicle was located by police in the 3400 block of Cedar Street, about four miles from the scene.  The female suspect showed up in a private vehicle a short time later at a  local hospital with a gunshot wound to the stomach.

Police have arrested Miguel Acosta, 17, and charged him with burglary, engaging in organized criminal activity, and deadly conduct. A 14-year-old suspect also involved was wanted on a prior burglary charge. He was taken to the Victoria County Juvenile Detention Center.

Police said charges are pending for another unidentified juvenile and the woman who was shot during the commission of the crime.