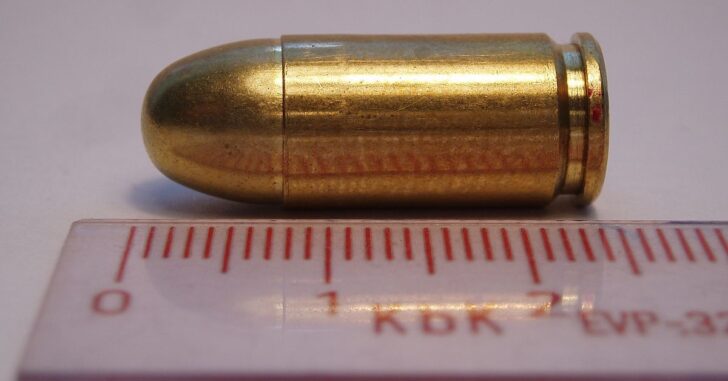 GARY, IN — When an Indiana homeowner was faced with two would-be burglars, at least one of which was armed, he turned to his .380 to defend his life.

Some concealed carriers and firearms instructors maintain that the .380 is not a sufficiently powerful cartridge for self-defense, but as we’ve seen before, it’s rarely the size of the bullet that matters.

It’s all about where the shot is placed, and there are far worse places to hit an intruder than the groin.

Nicholas Jonathan Reeves and Leventes Avery Strong, both age 24 of Gary, were charged Thursday in Lake Criminal Court. Both face two counts of burglary and one count of unlawful possession of a firearm as a serious violent felon, a probable cause affidavit shows. The two allegedly targeted the man’s home in the 6100 block of West 41st Avenue because Reeves heard the residence had “a lot of guns” to sell, according to court records.

The homeowner told police he was with his girlfriend in the living room watching television when his dogs barked and his security motion light activated, the affidavit stated. The homeowner reached for his .380 caliber handgun under his pillow when he heard a loud noise in the rear of the residence, court records show.

Police said the homeowner “observed a shadow of someone emerging from the kitchen area walking towards the living room and he heard what he thought was the sound of a shotgun being racked,” the affidavit states. As Strong, who was believed to be the only suspect armed at the time, allegedly went to aim the shotgun at the couch, the homeowner fired his own weapon, the affidavit states.

Strong allegedly fell backwards onto the floor, dropped the shotgun and fled the house with the other suspect.

Strong later showed up at a local hospital, according to reports, and when police asked him about the incident, he initially lied.

However, likely fearing the truth emerging from another source, after the interview Strong called the police and reported that he had lie to them, and told them the truth.

Thanks to this armed homeowner, there is one fewer pervert on the streets.