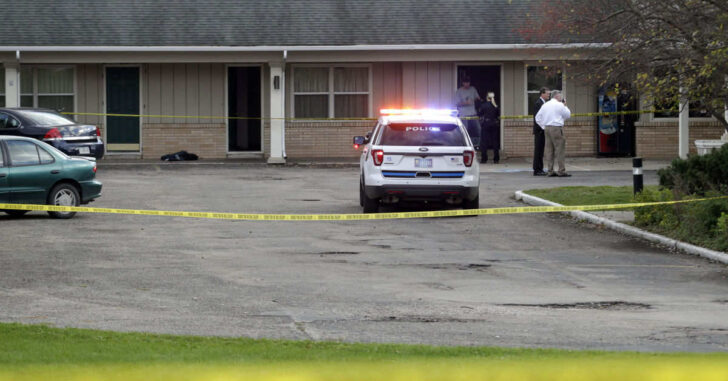 CEDAR FALLS, IOWA — A severely mentally ill man stabbed a tenant in his apartment and then stabbed his apartment manager before her boyfriend was able to draw his gun and keep the assailant from harming anyone else. This was a highly deteriorating situation that police believe would have gotten worse had the concealed carrier not been present to draw his firearm.

“[The concealed carrier] pulled the gun and ordered him to lie on the ground,” said Chief Jeff Olson with the Cedar Falls Police Department.

Cedar Falls police credit the concealed carrier’s actions for stopping Adam Scott Jacobsen from continuing his stabbing spree. His roommate was stabbed 24 times before the property manager arrived. Her boyfriend was stuck at a red light so she arrived first. When she headed up to investigate, Jacobsen stabbed her eight times.

Thankfully, her boyfriend was fast behind her. He arrived in the nick of time to prevent the attack from going any further.

Jacobsen is charged with two counts of attempted murder and is currently under psychiatric evaluation pending some rather delusional remarks regarding his actions.

The concealed carrier, in this case, did not need to fire a single shot to stop the attacker. This is a tragic example of why everyday concealed carry is so important. We often downplay the risks inherent in our own lives and this may lead some concealed carriers or gun owners to think that a gun outside the home is not vital.

None of us can ever anticipate when the need will arise to use a firearm to protect those we care about or ourselves. If he had not been armed, he would have been faced with the daunting task of taking a mentally ill man by himself in order to save his girlfriend. This would have placed him in jeopardy in addition to the two victims who desperately needed help.

It’s also another example of a concealed carrier who didn’t even need to fire a shot to end the violence. In this particular case, it was good enough that he could demonstrate the ability to exercise deadly force if further required to do so. The assailant instantly seemed to get it and got on the ground to await police custody.

Concealed carry has never been a more important facet of our Second Amendment. This is the ability to protect yourself, those around you, and especially those you care about. Take that responsibility seriously and make a commitment to carry every single day.

Previous article: UPDATE: Active Shooter Reported At Crossgates Mall In Albany NY, No Suspects Yet Next article: #DIGTHERIG - Dylan and his S&W M&P Shield .40 in an Uncle Mike's Holster