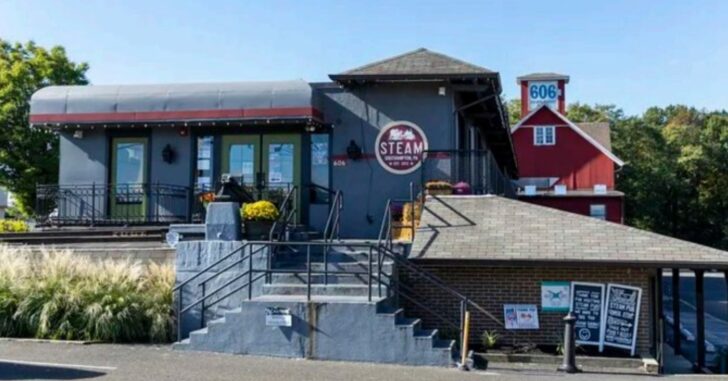 Against unarmed adversaries, a defender can resort to deadly force if a disparity of force exists.  And a young auto mechanic with a concealed carry license did just that in Bucks County, PA days ago.  The prosecutor there just cleared him of wrongdoing, citing the number of attackers, their size, and other disparity issues.

It all began when Liam Hughes, 21, an Army reservist for three and a half years with a concealed carry license left a bar in Southampton, PA with a friend.  A group of much larger men men near his car attacked him following some sort of confrontation.  Following a vicious assault, the 5′ 6″ and 140 pounds Hughes managed to get his car door open and access a handgun near this center console.

He warned his attackers that he now had a gun but the attack continues.  At that point Hughes began shooting.  Two of them took fatal gunshot wounds.  A third was struck in the arm.  The prosecutor believes the third man may have been trying to de-escalate the situation and declined to charge anyone for that wound.

A fourth attacker, who was shown landing punches on Hughes, will face criminal charges despite not soaking up any rounds.

The Bucks County Prosecutor released an in-depth report on the incident in announcing that Liam Hughes will face no charges.

The 21-year-old man who shot and killed two men who were attacking him in the parking lot of the Steam Pub in Upper Southampton Township was justified in using deadly force, District Attorney Matt Weintraub announced on Thursday, Oct. 27, 2022.

Liam Hughes and a friend were returning to Hughes’ car on the night of Oct. 7, 2022, after leaving the Steam Pub, 606 Second Street Pike, Southampton PA 18966, when a group of men gathered near his car confronted and attacked him, Weintraub explained.

Three men pummeled Hughes during the attack, punching and striking him in the face and head and knocking him to the ground where they continued the assault. Hughes attempted to get into his vehicle but was being actively pulled out by one of the attackers.

Hughes had to reach behind with his right arm while being attacked and was able to get his hand on his weapon that was between the driver’s seat and the center console. He warned the assailants that he had a weapon and told them to stop. The men continued the attack, and Hughes opened fire, killing two of his assailants and injuring a third man.

Immediately after the shooting, Hughes called 911, telling dispatchers he shot at a group of men who attacked him in the parking lot of the Steam Pub. Bucks County 911 received numerous other calls reporting the shooting.

Upper Southampton Township Police Department and EMS arrived at the scene and found two deceased males in the Steam Pub parking lot. Those men were later identified as Steven Panebianco, 30, of Bensalem, and Raymond Farrell, 28, of Philadelphia.

While on scene, police received information that a third man – Richard Bowman, 24, of Philadelphia – sustained a gunshot wound and was treated at a local hospital with non-life-threatening injuries.

After calling 911, Hughes remained on the scene until police arrived and cooperated fully with the investigation, including giving a video and audio recorded interview, allowing police to review his cellphone, and consenting to gunshot residue testing, photographing, having his clothing collected, providing a blood sample, and releasing his medical records.

There’s more, including a power point presentation at the link.