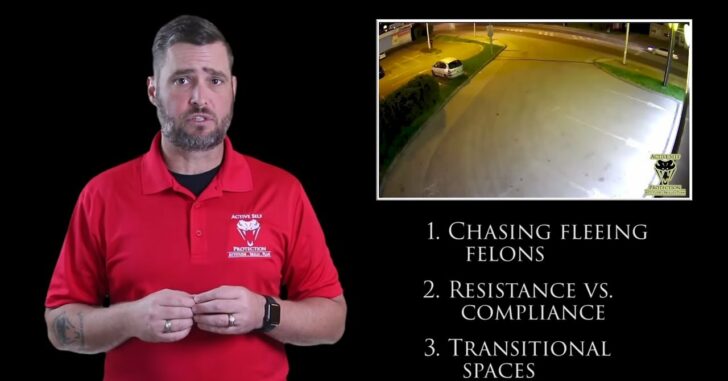 If you’re up against an armed robber and he goes to leave, you shouldn’t chase after him.

Give the video above a watch, and let’s be thankful that none of the people in hot pursuit were shot during this silly decision.

As much as we want to see the bad guy not get away, it’s always in our best interests to get as far away from the threat as possible.

Previous article: #DIGTHERIG - Ben and his Glock 19 in a Lenwood Holster Next article: Brazilian Women Refuse To Be Victims | Active Self Protection