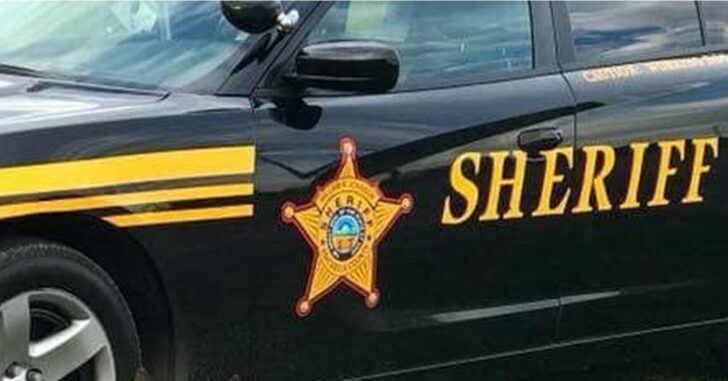 HARTSGROVE TOWNSHIP, OHIO – A man who entered a home and opened fire on the occupant ended up being the one shot during a botched robbery attempt.  Sheriff William Neimi said that his deputies were called to a home in the 6000 block of Hurlburt Road around 8 p.m. Thursday for a reported shooting. Upon arrival, they found a 26-year-old Ashtabula man suffering a gunshot wound to the chest. He was driven to the Windsor Township Fire Department and treated before being flown to University Hospitals in Cleveland.

The Sheriff said that their preliminary investigation determined that the injured suspect went to the home to retrieve some property, accompanied by two other individuals. The man went into the home with a gun and demanded his property. A short time later, witnesses who stayed outside heard a series of gunshots, and the man then ran out with his hand on his stomach. Investigators believe the man fired at the homeowner before he was shot by the homeowner in self-defense. He was listed in critical but stable condition and is expected to recover.

The investigation is on-going, and no arrests or charges have been announced.   Ohio has had a ‘Castle Doctrine” law on the books since 2008, which would appear to put the homeowner in the clear on this one.  In addition, on April 6, 2021, the newly enacted ‘Stand Your Ground’ law came into effect, eliminating the duty to retreat before using deadly force in self-defense.