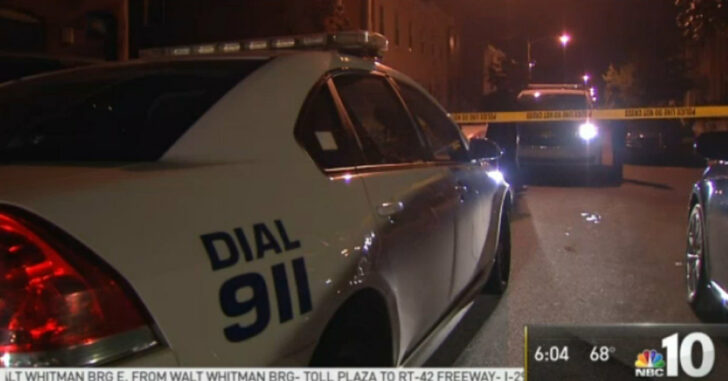 PHILADELPHIA, PENNSYLVANIA — An estranged ex-boyfriend allegedly tried to break in through a kitchen window at 1 a.m. The woman of the apartment discovered him crawling in and with the help of her current boyfriend, pushed him back outside. The intruder then found a different entrance through a second story window.

NBC 10 reported that the ex-boyfriend gained entrance and assaulted the woman. Her boyfriend produced a gun and shot the intruder in the chest. He died shortly afterwards. His name has not been released but police confirm he was thirty three years of age.

The deceased was father of two children who were believed to be inside the apartment. The current boyfriend left the scene before police arrived. Police still want to question him to get his side of the events but no charges have been filed.

This definitely appears to be a self-defense gun use scenario that no one wants to be stuck in. It would have likely been an extremely bad time if that man hadn’t used his gun as there was no way the intruder would have stopped his break-ins or his assault upon the mother of his children.

Thankfully, there was a good guy with a gun able to use it.

Carry at home, carry everyday. It’s a strange world out there.

Previous article: #DIGTHERIG - Bobby and his Glock 23 in a Gould & Goodrich Holster Next article: Range Days: How Often Do You Train At The Range? Why Practice Never Ends