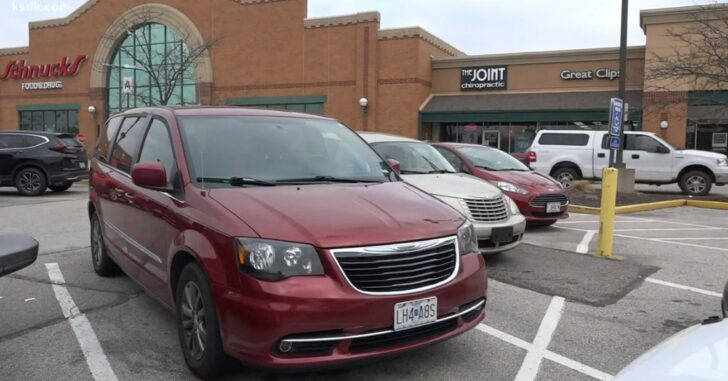 WENTZVILLE, MISSOURI – A woman was approached by four young males, one of which demanded her car at gunpoint. She refused his demands and drew her own firearm in self-defense, effectively thwarting the attempted crime. Wentzville Police said the confrontation happened in a parking lot in the 1900 block of Wentzville Parkway around 7:30 a.m. Saturday morning.

According to the incident report, the victim told them that she was in her car when she noticed four people nearby. One of them approached her and holding her at gunpoint, demanded her vehicle. She drew her firearm and refused to leave her vehicle.  Rather than forcing the issue the teen gunman and his three accomplices fled the scene.

“Basically, they declared robbery and produced a firearm and she refused and produced her own firearm,” said Wentzville Police Officer Jake Schmidt. “That pretty much ended the situation there.”

After officers arrived, they located and arrested the individuals involved. Dwayne Houston, 17, was charged as an adult with first-degree robbery and receiving stolen property and is in custody under a $50,000 bond. A 15-year-old had a firearm, and he was charged with attempted robbery, while another 15-year-old and an 11-year-old were charged with conspiracy to commit robbery. All four were from St. Louis.

A local resident who learned of the incident on Facebook recounted an encounter in the parking lot of a nearby convenience store with what she believes were the same individuals prior to the attempted carjacking. “There were four, which is exactly what I encountered,” said Rochelle Harris. “They were drinking alcohol, that seems to have matched up. The time frame makes sense. One of them was exiting the rear passenger side. He was asking me if I knew where Delmar was. So, I quickly got in the car, locked the door and started my vehicle. What happened to her was exactly what my fear was from the moment I stepped out of my car.”

The fact that all four were minors is not shocking, but 11-years-old? Really? While it’s highly likely that he was influenced by peer pressure, if he is a party to armed carjacking attempts years before he enters his teens, what will he be doing in the years to come? As a concealed carrier, could you pull the trigger with a child in your sights?