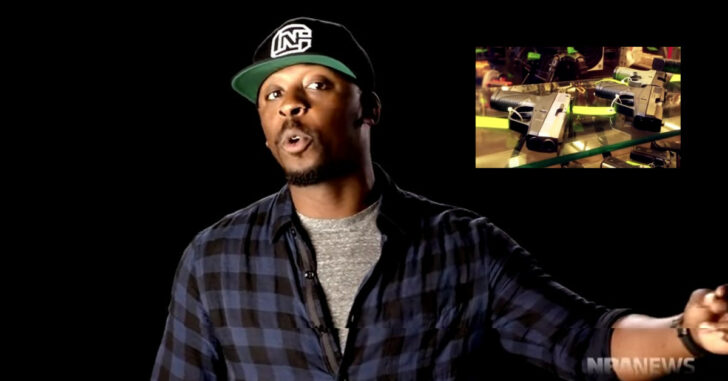 Who is getting targeted by “common sense” gun control measures that seek to make gun ownership more difficult, increase restrictions, and make purchasing and carrying a gun more expensive? The most vulnerable of us.

According to Pew Research, in 2014, fewer than half of all children in this country live in two-parent households. This means that for 46% of parents in this country, raising a child is an effort done alone.

Instead of two incomes coming in through the door, there’s only one. And children are expensive. CNN Money estimated that it costs nearly a quarter of a million dollars to raise a kid to adulthood. For a single mother or father making even half of the national real median income of $53,900 (U.S. Census Bureau), we’re looking at someone who realistically is bringing in close to half that amount — $26,950/year.

The expenses purely related to the child itself is estimated to be somewhere in vicinity of $13,000/year — housing, food, child care, healthcare, clothing, etc.

For a single parent out there in the world, often times it’s the choice of sleeping or keeping your child clothed and fed.

Now let’s look at getting a concealed carry permit in Illinois.

First, you need to get a handgun. In order to do this, you need a Firearm Owner’s Identification Card (FOID). For that, you’ll need the following:

Once you get the FOID, you can purchase the handgun. That cost can be anywhere between $399 for the cheapest used handgun to likely anything under $1,000. Then there’s the cost of ammunition. While you’ll likely purchase full metal jacketed rounds for practice, you’ll want to have at least a box or two of self-defense rounds. Costs for ammunition can vary greatly depending upon where in the country you purchase it.

Let’s make a rough figure of the firearm plus ammunition coming out to be around $1,000 after taxes. Let’s add a cheap $35-45 holster and if you have a small child, you’re probably going to want a lock-box to store the gun. Between basic items like gun cleaning fluid, brushes, holster, and box, let’s tack on conservatively another $100.

Now, if you live in a city like Chicago, you have to register your gun with the city itself. That’s a one-time fee of $15 for each firearm.

Your cost to become a handgun owner in Illinois comes out to be around $1,125.

If you live in Chicago, you already know violent crime is a real problem. Even if you live outside of Chicago, the surrounding area is plagued by heavy violence as well.

This is a place that, as a single parent, you would want to be armed. Heck, we’d go so far as to say you ought to be armed.

So, while the $1,125 estimated amount to become a handgun owner doesn’t seem to be too egregiously high at first glance — for a single parent struggling to survive in the outskirts of Chicago, it’s a major financial decision.

Now, let’s talk about that concealed carry permit. In Illinois, you need to go through a state-approved training course.

Now you need to take a Concealed Carry License course. That’s going to be a minimum of $250 and two full days of classes.

Assume no hiccups, your total cost to become a concealed carrier in Illinois is, at a minimum, $450-500 if you do everything on a very strict budget.

Single parents already have enough hoops to go through to become law-abiding concealed carriers in the places where they need to carry a gun the most.

By increasing the costs associated with processing paperwork, decreasing the availability of certain types of handguns, placing undue restrictions on the gun ownership process — we’re making it harder for single parents on a limited income to afford to defend themselves.

That’s how “common sense” gun control actually hurts the people who need it most.