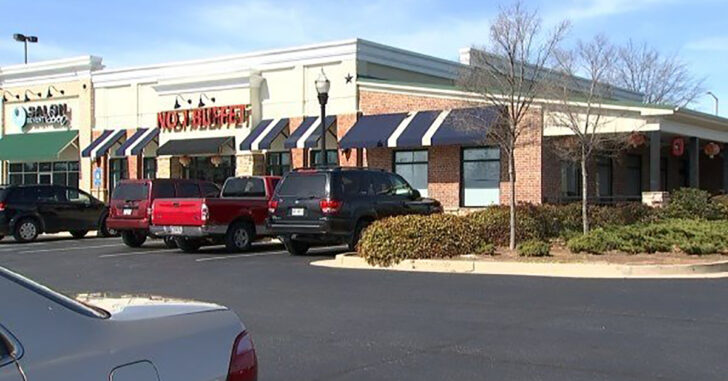 NEWNAN, GEORGIA — Ever read about one of those scenarios where, from the headline, you can’t possibly imagine how this story could have a happy ending? Well, this is certainly it. Already eligible for the prestigious ‘irresponsible gun owner of 2017 award’, one mother left her toddler and 11-year-old alone in the car with a loaded handgun still in her purse.

The 11-year-old probably knew better than to reach into the purse and look for the gun. A toddler doesn’t. That’s a pretty easy determination to make.

“Gee, I wonder if my toddler is old enough to know he’s dealing with a loaded firearm?”

Well, according to the story from KTLA 5 News, thankfully that mistake cost no one’s life. The toddler got into the purse, found the loaded firearm and discharged it. Apparently, it was in some sort of holster inside the purse, so the the round didn’t fire towards the girl in the car but a screw flew off from the holster and embedded itself in her.

She needed surgery to get it back out.

Now, I’m completely fine with a mother driving around town with a gun in her purse. After all, I’d expect her to defend herself and her children if it came to it. But to leave a toddler alone with a loaded gun?!

Now, it’s also that woman having absolutely no regard for the safety of her own children. I don’t even feel bad about throwing that gauntlet down. But the big condition that made all of this possible was her failure to keep that firearm physically attached to her body.

If the gun is in a holster and that holster is on your body, no one is going to idly reach down and grab it.

If the gun is in your purse — however convenient that may be — that purse needs to be physically on your arm at all times. Can’t do it? Don’t carry.

I know that’s going to be a real unpopular opinion on a concealed carry website but let’s make one thing absolutely crystal clear: if you’re not going to take accountability over your gun, don’t carry it.

Put it in the safe. Keep it locked up tight so no one can hurt themselves or you.

Every gun website in the world is going to toot the happy news about the good guy shooting the bad guy and, on any given day, you’ll find those sorts of stories here. But sometimes — and I’m guilty of this — we don’t like to look at the real problems revolving around firearms.

Guns don’t do crap. You can drop one in the woods and come back in a thousand years and its rusted remains will still be roughly in the same place, no rounds fired.

Guns in the hands of stupid people, however, are very dangerous tools indeed.

You’re busy. You got things to do. Your life is so hectic.

The ability to take another person’s life at a moment’s notice without having to expend any real effort on your behalf is a rather recent invention in the history of humankind.

It used to be, if you needed to defend your life from someone, you’d have to find a sharp, pointy object and physically stab them until they stopped. Now, we can just point a chunk of steel and polymer at a bad guy and pull a trigger.

It makes it so convenient to do that people take it for granted.

No, no, I’m not going to sit here and call that woman stupid for letting her gun get into the hands of a toddler and almost take his and his sister’s life. That would be grossly negligent on my behalf.

What she didn’t do — carry that gun physically on her person or directly within her possession — could have cost both of her children’s lives.

It’s usually the anti-gunners that talk about this sort of subject matter. I think, as a website dedicated to conversation about responsible concealed carry practices, it’s about damn time we have those sorts of conversations. I’m not saying you don’t have a Second Amendment right to keep and bear arms — or even use those arms to defend yourself. But if you’re so absent minded you can’t keep control over a firearm that can be used to end the life of someone, you need to leave it in the safe.

Take a class or two. Get some instruction. Practice in a safe environment like the range. Drink an extra cup of coffee. Figure it out. But don’t carry until you’re ready to own up to what happens with that gun.

Previous article: BAD FORM: Man Shoots At Suspected Thief, Bullets End Up In Nearby Apartment With Children Next article: Commissioner, Who Used Gun As Pointer During Meeting, Is Given OK By Governor Cuomo To Carry A Firearm On The Job