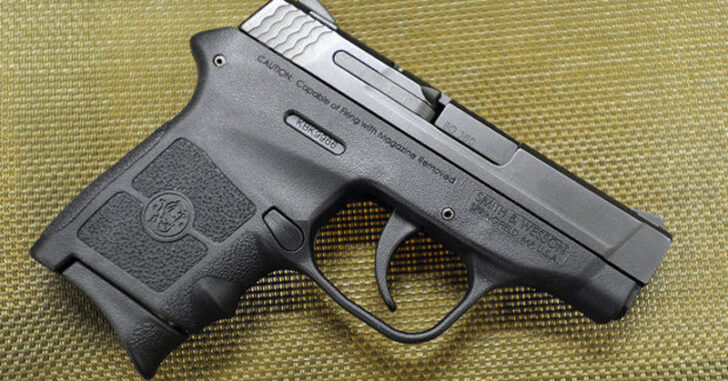 The Alabama Senate passed a new firearms Bill that would allow any gun owner to carry and transport a loaded handgun in their vehicle without the requirement of a concealed carry permit.  Senator Gerald Allen, a Republican from Cottondale, stated that his Bill strengthens the Second Amendment rights of Alabama residents by mirroring the bordering States; none of which require a concealed carry permit for transportation of a handgun within a vehicle.

The Senator references the Castle Doctrine, which states a person’s vehicle is an extension of their home, and therefore should be allowed to carry a handgun in their car without the need of a permit; given a permit is not required for anyone to keep a handgun in their home.

Gerald Allen goes on to state that a person should not be required to purchase a permit and ask for permission to carry a handgun in a vehicle for the purpose of self-defense.  He mentions the fact that a single mom who works in a dangerous part of town may wish to carry a firearm for self-defense; but should not be expected to spend the extra money for a permit to exercise her constitutional right.

The new legislation only applies to handguns, and makes it illegal for anyone under the age of 18 to knowingly carry a handgun in a vehicle.

The Alabama Sheriff’s Association is against the new legislation, stating that requiring a permit is necessary for lawmen to help protect the public.  Lee County Sheriff, Lee Jones, says the reason he opposes the Bill is due to public safety from the standpoint of criminal activity.  Alabama Sheriff’s Association Executive Director Bobby Timmons has stated that the required background check required to acquire a concealed carry permit is an important safeguard for law enforcement.  He says changing that law would lead to more road rage incidents.

Previous article: Permitless Concealed Carry In FL During Emergency Evacuations Is Signed Into Law Next article: 77-Year-Old Florida Resident Defends Home And Self Against Two Intruders, Killing One And Injuring Another