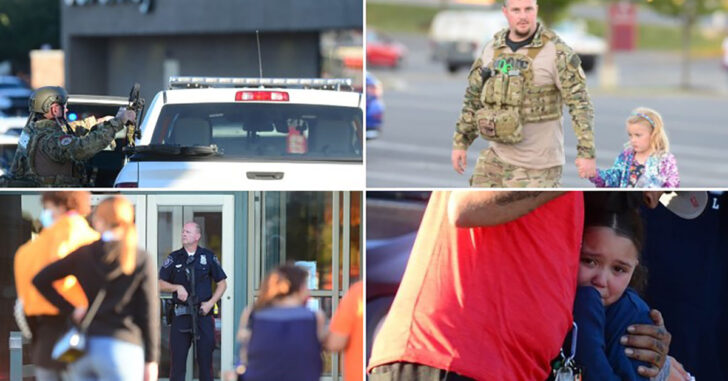 WHITEHALL TWP., PENNSYLVANIA — On Saturday, around three shots rang out as shoppers were inside the Lehigh Valley Mall, and terrified shoppers and employees ran for cover.

No one was shot, luckily, but some were trapped inside the mall for hours as police cleared the building.

Jessica Victoria, her mom and young daughter were stuck inside the Disney store for more than two hours, terrified that someone might come in at any minute and start firing.

“I didn’t want to tell her at first what it was, but I told her and she froze and started to cry, but the employees were great they let the kids play with plushies for comfort,” Victoria said.

No information has been released on the shooting and police do not have any suspects in custody, or any motive. A statement was issued Monday evening, but does not provide any additional information.

“We heard 3 shots go off and we ran to the bathroom with a bunch of people and a bunch of kids in there,” a witness told reporters. “It was quite scary. People were scattering everywhere; people running everywhere.”

Police seem to have acted quickly, and were getting people to safety as safely as they could.

Many people spent hours in fear, wondering if a gunman would walk into the store that they were hiding in.

While this was likely an argument turned gunfire, it’s a reminder to you and yours that one simple fact holds true: You are your own first responder, and in the heat of the moment, there is usually no one there to save you.